Well I got an email or two about the animation article I wrote last week.

The gist of one or two of them that 1) I’m awesome and 2) How come I didn’t talk about comic companies other then Marvel and DC.

To be honest, it did cross my mind, you get kind of a glimpse when I mention Mike Allred. The thing is the other companies are fairly independent. Most of the comics Dark Horse and IDW work on for instance are either owned by their creators or are a licensed product.

But at the same time, a lot of you are right. There are a lot of comics outside the big two companies that would make for great animation.

The thing about Image is a lot of their mainstay characters have already been given a crack at animation. Some good like The Maxx (crap that’s sort of a DC book now isn’t it) and Spawn. Some not so good like The Savage Dragon. But there are one or two I think would do well. 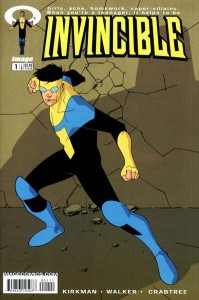 Along the same lines as Spider-Man but with much more interesting father issues, Invincible as a series could go a lot of ways but I’d go with a pg-13 attitude that way the occasional gory violence that occasionally occurs wills till make it in.

A little trickier due to the fact a majority of their properties are licensed. But say we could do animated films based on Dark Horse comics of any variety, here would be a couple of prime candidates that have yet to be done.

Now while we’ve seen a glimpse through the two Hellboy animated films, we haven’t gotten a chance to see them in their glory. You could make this into an evening cartoon for grown ups easy. Especially if you did it with the company that did The Amazing Screw On Head pilot. They grasped how to turn Mignola’s style into animation in spectacular fashion. 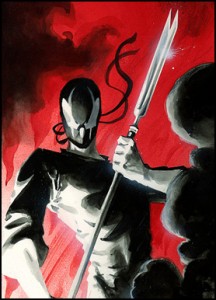 A stand alone movie based around Devil by the Deed done in anime style would be really awesome. Of course I am a huge Grendel fan so I may be biased. 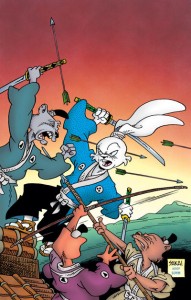 And I’m not talking about the half assed version from the first Turtles cartoon. I’m talking samurai rabbits, rhinos, huge battles, go the whole nine yards. 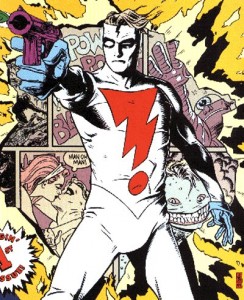 …why has this not been animated yet? I know Robert Rodriguez has wanted to do it as a live action film for years but really, with all of the different characters, places, styles that Madman goes through, it is much more suited for animation. 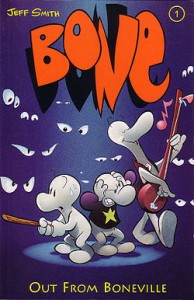 This is an extreme “duh” on all points. Bone has a great style for animation, it’s a story that can grab kids and adults. And just on a sheer money note, Bone sells a lot in comic shops and bookstores.

And in addition to these there are a ton of DC and Marvel stories that were suggested to me that could make great animated films. One reader suggested a majority of DC’s current line…then he shoved two years worth of Booster Gold’s in my arms…more on that later.

But out of his suggestions one in particular stuck out.

Superman: Our World At War 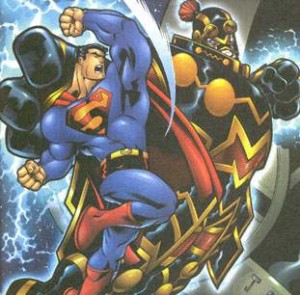 While this storyline did span across the entire DC Universe, Superman was the key book. I’d focus on the Superman storyline and add a few parts from the various other books in there as well.

So once again suggestions are welcome and if I get enough I’ll revisit this column in a while.