Diamond Comics released their April 2012 sales figures today. The Avengers vs. X-Men event picked up where it left of in March by being the best selling comic. Marvel place 4 comics in the top 10 slowly clawing back from the drubbing it was taking a few months ago when DC shut them out of the top 10 completely. 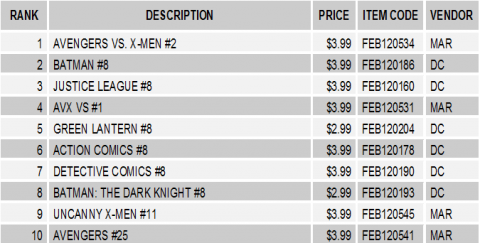 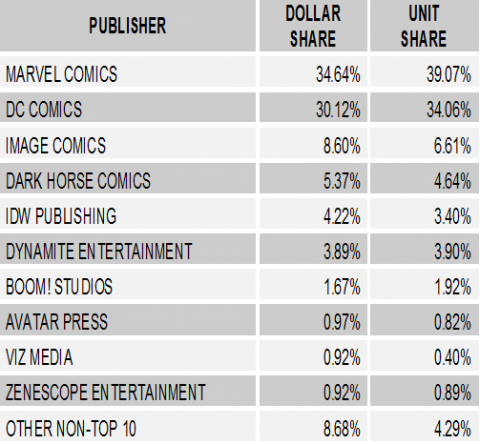 Robert Kirkman’s The Walking Dead Volume 1: Days Gone Bye, the first volume of his best-selling zombie series from Image Comics, was the top-selling graphic novel to comics retailers for the second month in a row. Seven volumes of The Walking Dead placed in the top ten, and all fifteen volumes of the Image Comics series ranked in the top twenty. I don’t see this as a good sign for graphic novel sales in comic shops! There were some strong releases last month, were they selling at the book stores first? Top 10 Graphic Novels for April 2012 chart below. 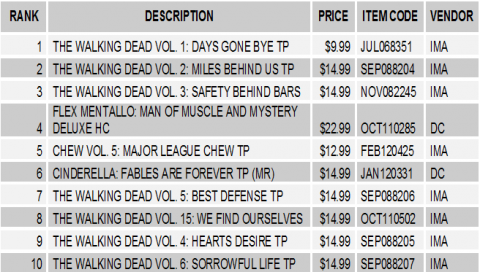