At last night’s Spike Video Game awards, it was announced and a trailer was shown for the sequel to this year’s Arkham Asylum released for the PS3, XBOX 360 and PC. Quite possibly the best superhero game of all time, it’s not surprising that the game should receive a sequel. It is kind of surprising how quickly it was announced though. You can catch a brief trailer of the debut cinematics at GameTrailers. Unlike other video game treatments of video games which were rushed hack jobs; *cough* Superman 64 *cough*, Arkham Asylum really captured the Batman character well, with an all-star cast of voice actors and a game scenario written by Batman scribe; Paul Dini. It also had a great combat system that really flowed making Batman seem really bad ass. Not to mention the default walking for Batman was his pimp strut with his chest puffed out and his cape billowing!  The official site for the game is www.arkhamhasmoved.com, check it out! 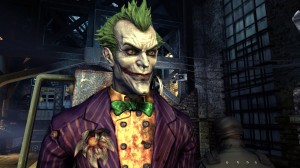