This is all the e-mail said:

“THERE IS CHAOS IN THE UNDERWORLD.”

Then this image from Fantastic Four #575. 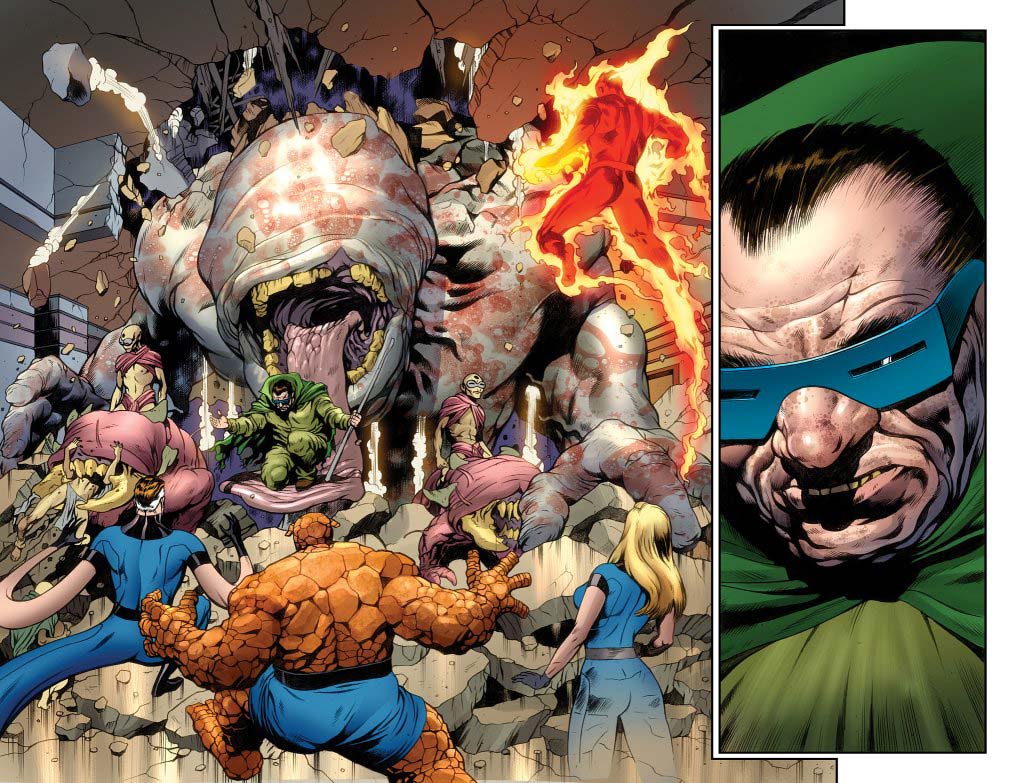 Jonathan Hickman and Dale Eaglesham’s Fantastic Four run has – thus far – been incredibly solid. When you’ve got a title like FF that – essentially – peaked with it’s initial run by it’s creators, since then most of the runs have seemed to be nothing more than extended fan fiction, (Not to say that’s it’s bad fan fiction, but when you live in the shadow of something that’s bursting with so much energy and ideas like Lee and Kirby’s FF, you’ve really got to up the ante.)

Hickman’s run has been a lot of fun, filled with an interesting take on Reed Richards that owes more to pulp adventurers like Doc Savage than the absent minded proffessor that seems to be the norm when it comes to characterizing Reed.

Looking at the image above I’m pretty stoked to see exactly where this story is going. When I talked to Dale Eaglesham earlier in the year he mentioned that they weren’t going to be doing large story arcs, instead focusing on smaller storylines with overarching themes. So what exactly does it mean? What’s the trouble that has been unleashed in the underworld? Well, you’ll have to wait ’til the end of next month… bum bum bumm….