Bendis hinted at it a while ago on twitter, but it looks like it’s now official. Bendis and JRjr will be relaunching Avengers with a brand new #1 issue. Here’s the cover: 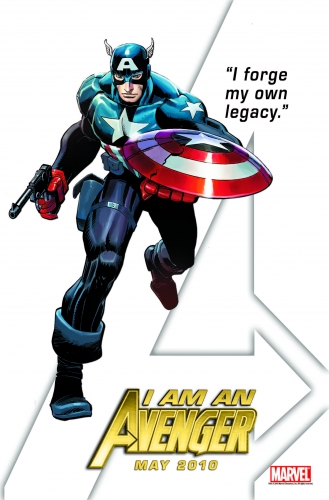 Not much is known about the new title, though it looks like Spidey will be in the Avengers, as Romita mentioned it in the cbr forums:

I will be on a monthly, and a few creator owned projects for the next year, or so, so Spidey is not in the offing for that amount of time. I will get back on a Spider-man title again, some time in the future.

I miss the character when I work on something else….although Spidey will be in the monthly title I am beginning.

And from the look of the Captain America up there it’s pretty obvious that it is Bucky (the gun clinches it) this should free up Steve Rogers to take over SHIELD. (Yeah, that’s my prediction.)