Points of interest from the comics interweb; I sort the chaff so you only get the wheat. Should I have a catchy superhero name like Wheatman or Chaff Smasher?

A wonderful article about old style comic printing by John Hilgart called In Defence Of Dots. 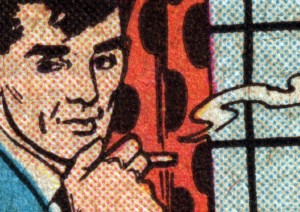 [quote]The classic comic book frame is an overstuffed box of visual information that is the functional opposite of disciplined sequential art. It doesn’t compel us onward to the next frame; it invites us to sit down and stay a while. The point where narrative essence gives way to supporting information is hard to define, but terming the latter “detail” understates its consequence in the visual encounter with comic books.[/quote]

NBM has an interview with P.Craig Russell about his comic work and their Opera books. 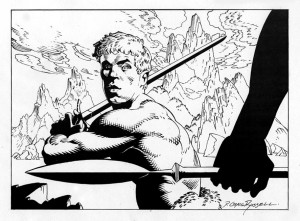 [quote]When I was a kid my favorite occupation was not drawing pictures so much as it was drawing architectural floor plans. I would spend hours drawing the most elaborate single story houses. I was fascinated with making all the different rooms and hallways work together, flow one into the other. It was only decades later that I realized what I was doing was training to lay out a comics page. Each panel was /is like a room, existing both on it’s own and in relation to all the other little ‘rooms’. To this day, the design of the page, the ‘blueprint’ of the story is still the most fun part of the process.[/quote]

Fantagraphics this month is publishing a collected edition of Robert Crumb’s The Life And Death Of Fritz The Cat. Check out the first link for a PDF preview. 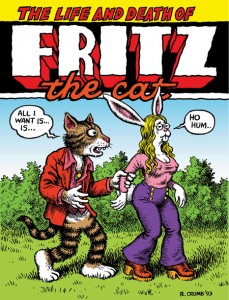 [quote]Created by an adolescent R. Crumb in the late 1950s, Fritz the Cat rose to fame — along with his creator — during the underground comix revolution of the 1960s, and remains Crumb’s most well-known character and an internationally recognized icon of 1960s culture.

Finally collected in a single volume, these Fritz stories are a funny, insightful, authentic record of a tumultuous period in American life, with humor and compassion by the most well-respected cartoonist of all time.[/quote]

DC has a second Earth One volume lined up for this year, Superman: Earth One Volume Two. 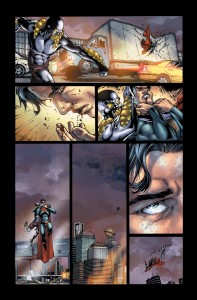 [quote]“Working on VOLUME TWO gave me a chance to re-create one of Superman’s villains, the Parasite,” said Davis. “In doing so, I decided to develop the character in stages as the fights progress throughout the book. There are three stages of evolution: going from frail to the strongest villain Superman has ever faced. EARTH ONE Parasite is one of the most complicated and disgustingly beautiful characters I have ever designed! I came at VOLUME TWO in more of a movie sense, choreographing the fight scenes differently from one another, adding a little more muscle to Superman this time around as he is a practicing superhero, while drawing the “Geek” Clark Kent, who loves a sweater![/quote]