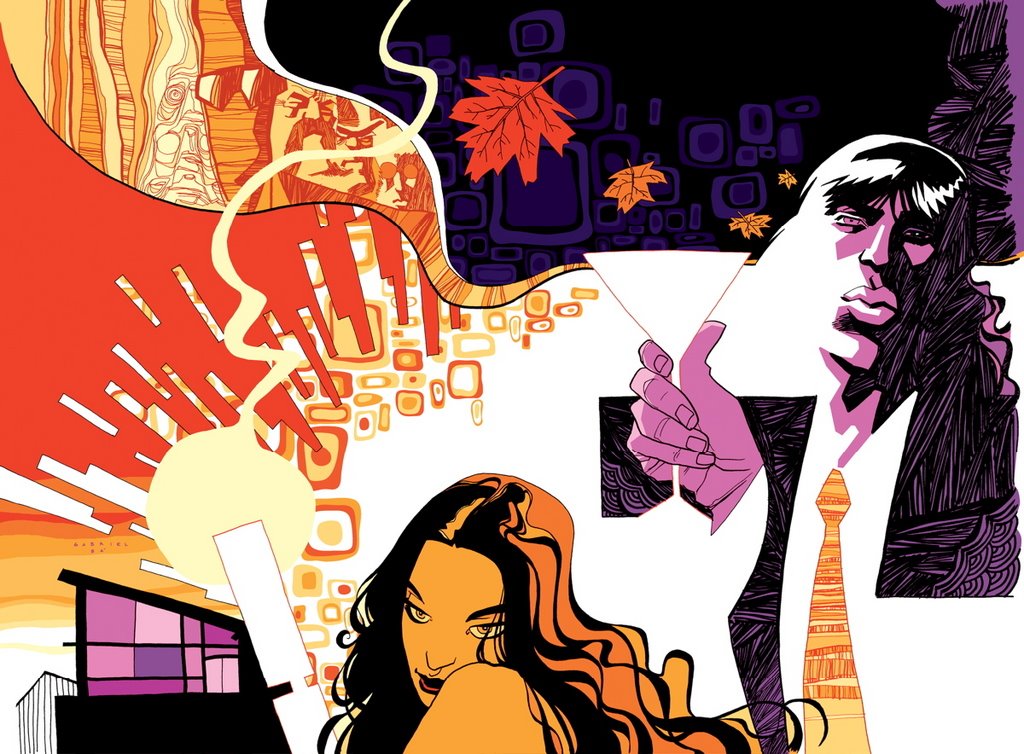 Casanova is easily in one of my top five all time greatest comic book series of all time. It’s one of those books that I consider the perfect comic book; blending elements of every genre possible to meld into something that you can’t easily sum up in one or two sentences. 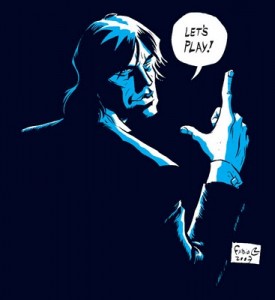 Written by Matt Fraction (before he become the quasi-house hold name he is to Marvel fans) and drawn by twin brothers Fabio Moon and Gabriel Ba (each taking a turn at volumes two and one ..respectively) before they rocketed to their uber-hot status as all-star artists, the series concerned the adventures of Casanova Quinn, as he ….jumps through parallel realities, saves robots programmed for sex, flirts with his sister from another dimension, double and sometimes triple crosses various threats including his Father and a bandage wrapped super villain, who’s constantly expanding his consciousness through drugs and making friends with blood thirsty savages who aren’t what they seem.. also: there’s a giant robot piloted by Japanese who don’t know WW2 ended, and a space girl with four arms. Whew…

There had been a few false starts with volume three. The Brothers had posted on their ‘blog that vol. 3 would be a web based comic.. but it turned out it was an extremely cruel April Fool’s Joke. Then, when Fraction was doing his Interrogation on the Warren Ellis Forums.. he hinted a few times that Casanova would be coming back… eventually.

Which most of us took with a grain of salt.. I mean, we’ve been teased before and our hearts can only take so much.. Gabriel even seemed to get in on the joke with:

pages 1-6 of CASANOVA v3 – On @mattfraction ‘s own words: “Okay. That might actually SOUND like the most impossible thing of all time–“

but then on January 2nd, Fraction tweeted again:

writing more CASANOVA tonight. rereading the whole series since the last time i proofread the issues.

So, I’m feeling pretty confident that this year.. Casanova will finally return… and all will be right in the world.