By Odin’s Mane this is pretty sweet.

Yahoo Movies has the first image of Chris Hemsworth as Thor from the upcoming live-action movie directed by Kenneth Branagh. It still gives us a great idea of how Hemsworth will look as Marvel’s god of thunder. 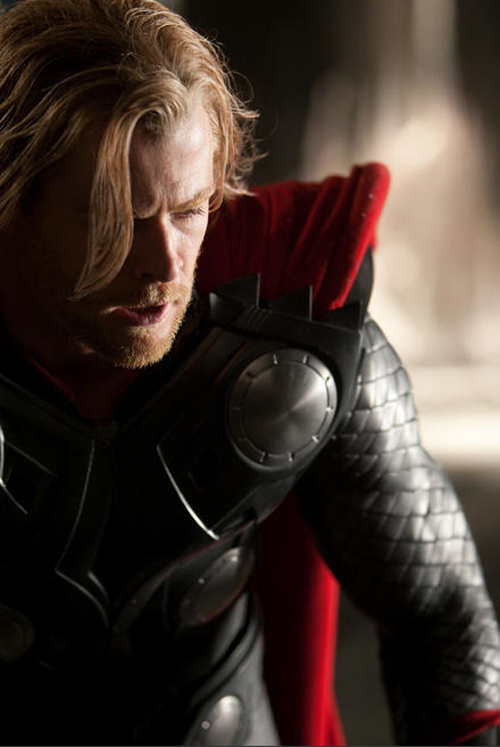 Well, for one, it looks like the costume Thor will be using in the film is based more upon the current JMS rebooted “Thor” series rather than the “Ultimate” version of Thor. This is especially interesting, given that many of the other Marvel movie characters have used the publisher’s “Ultimate” universe as source material.

Especially since so far this is the first Superhero to be based on Magic and Myth and not science.

It’s a little early for us to judge this picture, but let’s be honest – it looks good. We’ll have to wait until seeing it in actual film usage. Remember when those pics of the stuntmen in the X-Men costumes came out and they were horrible?  But when they were lit on film they looked decent?

One More Thing: what do you think the Odinson is looking at?