How not to plagarize: As shown by Nick Simmons

Alright, Nick Simmons, the son of a rocker Gene Simmons released a series called Incarnate by Radical Comics last year. What he didn’t mention was that he was such a huge fan of the manga series Bleach that he decided that it would be a a great idea to model his comic book series after it. And by model I mean completely steal large sections of art from it. The outcry from the fan community was pretty massive and significant enough that once various fansites began showing side by side comparisons, Radical released a statement that they would be halting production of the series immediately.

We at Radical Publishing, Inc. and Radical Comics, Inc. are quite concerned to hear the news surrounding Nick Simmons’s Incarnate Comic Book. We are taking this matter seriously and making efforts now to contact the publishers of the works in question in an effort to resolve this matter.  We have halted further production and distribution of the “Incarnate” comic book and trade paperback until the matter is resolved to the satisfaction of all parties.  Rest assured that Radical is taking swift action regarding this matter and will continue in its efforts to maintain the integrity and protect the intellectual property of artists throughout the world whose creative works are the bedrock of our Company and the comic book industry.

Yup, that’s Nick Simmons being thrown under the bus by Radical. Hard to blame them. Check out some of these examples by the bleachness livejournal. 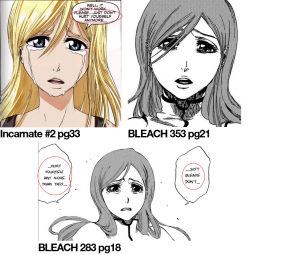 Well done Nick, not only did he pretty much trace it, he stole the dialogue as well!

Does it no longer count as plagarism if you color in the pictures?

Yup, that’s mighty fine plagiarism right there, Nick. You only chose one of the most popular mangas on the planet to copy from. Oh and just to make this more ironic? Check out the first post from Nick’s deviantart.

If you steal my artwork, you will pay. In cash.

Global News is clueless about comics 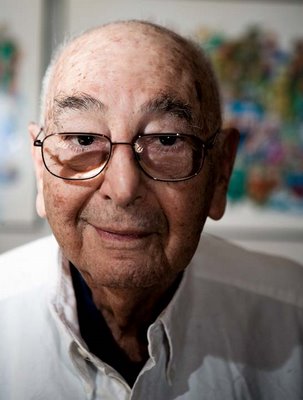