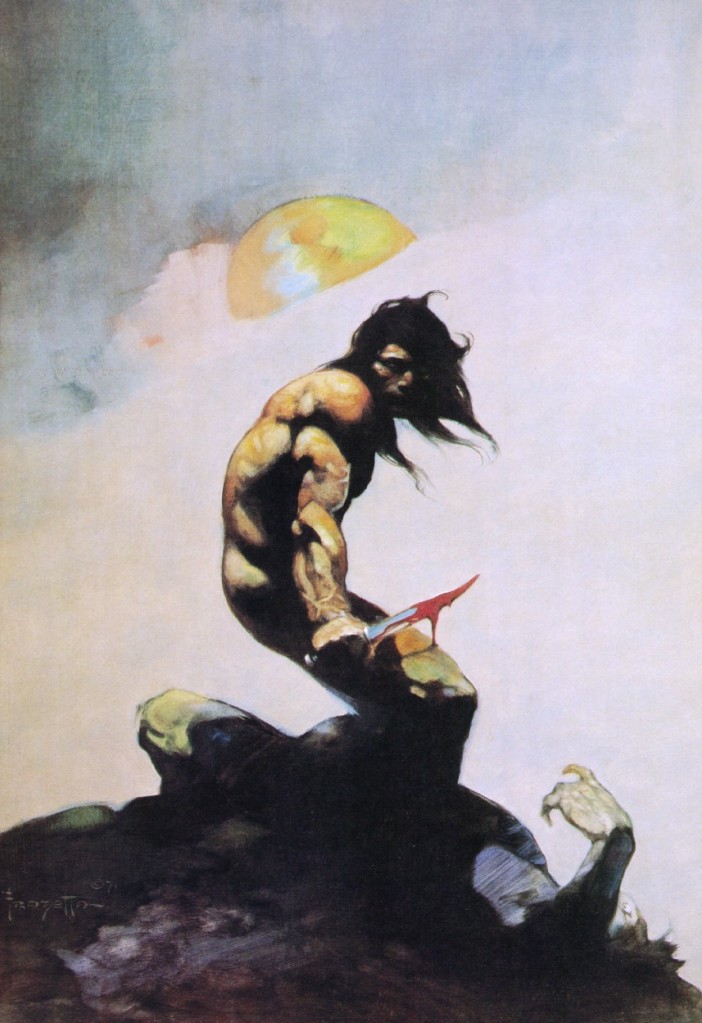 Unfortunately another of the masters has left the mortal plain. Frank Frazetta has passed away at the age of 81.

The influence Frazetta has had on the worlds or art, comics, fantasy and film is almost immeasurable at this point. His painting are fantastic, how Frank depicted Conan not only shaped how Conan was seen by the general public but also how cover art could be used to sell fantasy novels. When the Conan film was being worked on, director John Millius basically wanted to make his film a Frazetta painting.

My first real encounter with Frazetta’s work was his Death Dealer painting. I just remember seeing it in a calendar in a book store and I just wanted to know who the character was. The painting just said that he was man not to be messed with. The painting was striking enough to be used as an album cover and inspiration for a series of novels and two different comic book series.

If you can, check out a great documentary called Painting with Fire. It was available as part of a two disc dvd set with the film Fire and Ice (which Frazetta helped design) and is a great look at the man’s career.