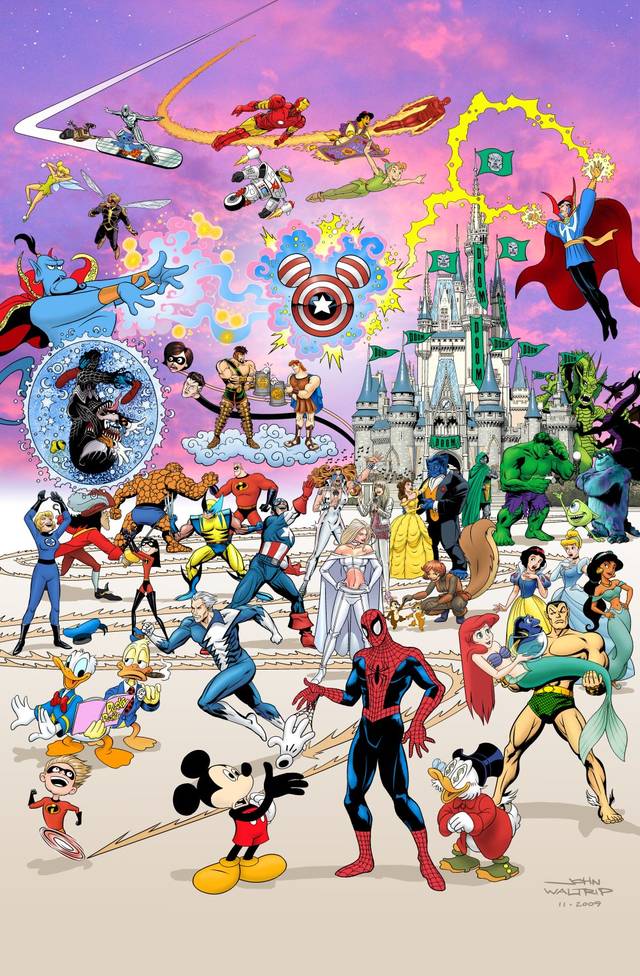 It’s been a year today since Disney bought Marvel.

Has it really been all that different?

Boom! Studios still has the rights to Disney’s comic properties and are doing pretty fantastic things. (Seriously, check out Darkwing Duck. Next to Spidey and Bats he has one of the best Rogues Galleries – which we all know translates to great stories.)

No one’s really raised a fuss to Disney about the content in any of their titles. (PunisherMax remains over the top, Nemesis still ranks as one of the more incomprehensibly violent titles.)

So, I guess my question is – When do we start seeing signs of their merger?

Will Marvel move from their New York city base to Orlando?

When do you expect we’ll see the changes?

…and most importantly what do you think they’ll be?