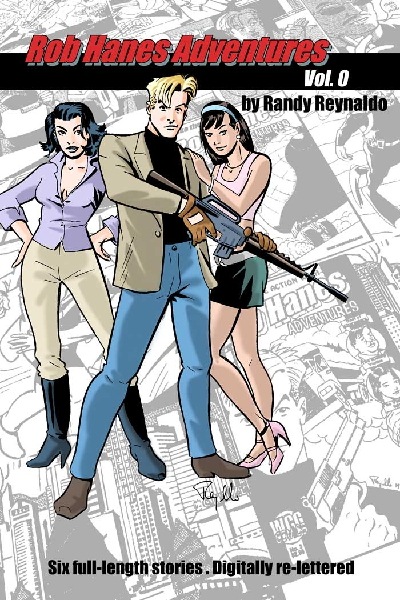 I’m not very familiar with Rob Hanes as I should be. I do plan to change that with the release of the first collection of the long running adventure series. For those of you as unfamiliar with the young Mr. Hanes here’s a little description from the webpage: “Rob Hanes Adventures is an all-ages comic-book series about a globetrotting private eye and troubleshooter. (A fan recently aptly described it as “Tintin meets Indiana Jones!”) 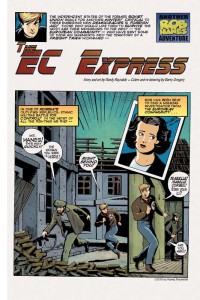 Under the auspices of worldwide Justice International, Rob Hanes travels the world on assignment, facing adventure, intrigue and romance at every turn!” It sounds like a really fun read which frankly seems absolutely perfect for beach reading!

Randy Reynaldo, publisher of WCG Comics and the writer-artist-creator of the long-running classic adventure indie comic-book series Rob Hanes Adventures, will be making his eighth consecutive exhibitor’s appearance (and 13th overall) at the 2010 San Diego Comic-Con. Randy’s booth will be at a new location from previous years: Booth K1 in the Small Press Pavilion of the floor, near where aisle 1500 terminates in the small press area.  At this year’s show, Randy will be promoting the first trade paperback compilation of his series, Rob Hanes Adventures, Vol. 0, which is scheduled to be released in September 2010. The collection was just solicited to retailers and consumers in the July issue of Diamond’s Previews catalog. The softcover trade paperback will retail for $15.99 and feature six complete adventures from 1994–96, and 140 black-and-white pages. All the stories have been digitally re-lettered for the new collection, replacing the hand-lettering of the original series. The trade is a great way for new readers to discover the series and for long-time fans to read the stories in a new, fresh and permanent bookshelf format.  In addition, WCG will debut a new special full-color comic-book edition of Rob Hanes Adventures at the show. The special edition marks marks the first time the series is available in full color in print. The edition features a cover price of $3.99 and 32 full-color pages.
In limited quantities, Randy will be giving away back issues for free for promotional purposes, and have new bookmarks and promotional pins available with purchase.

Randy encourages everyone to support small independent comics publishers by visiting his booth (K1) and the other tables in the Small Press Pavilion.