One of the actresses from the movie adaptation of Frank Miller’s Sin City; Brittany Murphy has passed away at the age of 32 due to a heart attack. Details are still sketchy but what is known by CNN is very slim. Brittany played the role of one of Dwight’s girlfriends; Shellie who worked at the bar. Unknown to me until now, she voiced Luanne from King of the Hill as well. 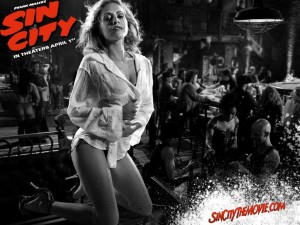