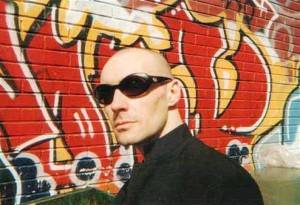 I still remember my first time reading a Grant Morrison comic. (I think most people do, which I guess is why he’s Grant Morrison, just like Alan Moore is Alan Moore and Frank Miller is Frank Miller.) The thing about Grant Morrison is that his books are filled with ideas and concepts that on their own would make up a pretty phenomenol mini-series in their own right, but Morrison – it seemed – was so sure of his stories, his execution that often these ideas were often just throwaway lines.

I can’t remember the specific issue – think it may have been JLA or something – where Wonder Woman or Martian Manhunter was trying to get Green Lantern to help them out, but he responded with: “I can’t, I’m in the middle of holding a baby sun in my hands.”

Morrison’s work can be pretty polarizing, I know that in my store Final Crisis was met with huge dissaproval, and Batman R.I.P is either loved or hated by those who read it. But there were still moments of pure F%&# Yeah contained in almost every story there. Be it the guardians informing Hal Jordan that he has 24 hours to save the universe in Final Crisis or the reveal that you should never underestimate the Joker in RIP. (Hell, I could spend hours talking about the awesomeness that is Sea Guy, Vinarama and We3 – his creator owned series that really show what his imagination can do when he’s not limited by corporations and 50 year old continuity.)

In his personal life, Morrison has become something of a counter culture icon – He admits to massive drug use, an obsession with the occult (he is a chaos magician) and he claims to have been abducted by aliens and had a close encounter with Metron (a character from Jack Kirby’s Fourth World series …someone he would write numerous times over his career.)

The documentary features extensive interviews with Morrison himself, as he recounts his own life story: his early days, growing up in Scotland; the start of his comics career; the crazy years of the ’90s, as his life and his comics became enmeshed; and his more recent attempts to turn personal troubles and social darkness into compelling comics. The film also gives insight into his creative process, including a look into his vaunted idea notebooks.

Complimenting Morrison’s own words are interviews with many of his most important collaborators, including Dan DiDio, Frazer Irving, Phil Jimenez, Geoff Johns, Cameron Stewart, Jill Thompson, Mark Waid, and others. The film is scheduled for completion in mid-2010.

Pete DeCourcy is a regular contributor to ComicBookDaily.com. He writes for The Simple Art of Crime and Tumbls Here.