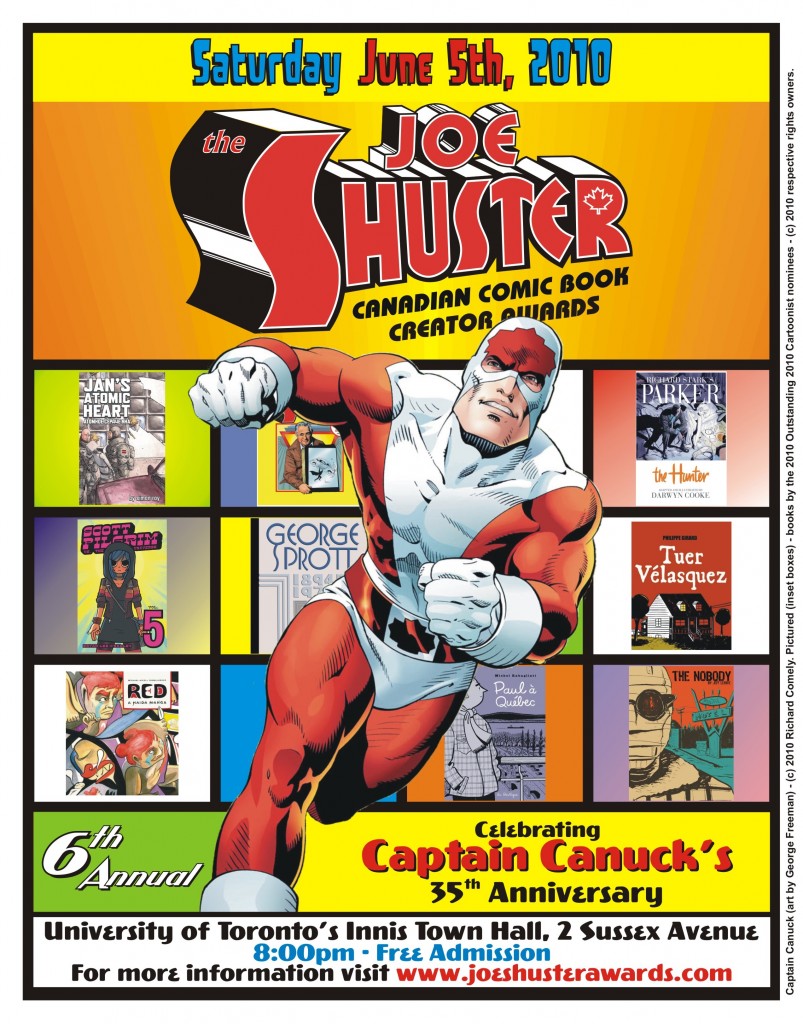 Last night on Saturday June 5th were the 6th annual Joe Shuster awards which honors some of Canada’s greatest comic creators and recognizes their contributions to a fantastic industry.

This year’s categories and winners were:

Comics For Kids: Nightschool The Weirn Books by Svetlana Chmakova

This year’s show also saw the induction of a number of creators into the Shusters Hall of Hame. Canadian Comic greats such as Serge Gaboury, Dave Darrigo, Deni Loubert and the masterminds behind Captain Canuck who recently celebrated his 35th birthday; Claude St Aubin, George Freeman and Richard Comely.