Andy Diggle @seanpphillips You STILL don’t look a day over 44.

Hope Larson Most days I need 1 shot of espresso/page of comics drawn. Today is no exception.

Ramon Perez have to take a break from working on kukuburi to have a meeting about #TCAF… being organised is time consuming!

Karl Kerschl I elevated my drawing table so I’m sitting with my back straight and the difference is incredible. I wish I’d done this ten years ago.

Karl Kerschl If Ramona Flowers has dated 7 (that we know of) evil guys in a row, then chances are pretty good that Scott Pilgrim will turn out evil too.

Kate Beaton today, I am trying to do watercolors for the first time, as a test. I am pretty bad, so far.

Gail Simone Writing Wonder Woman Vs. Power Girl is FUN. I’m so glad I decided against digging ditches for a living!

Brian Michael Bendis At the airport and heading to new York city. Marvel retreat!! I got more notebooks full of stuff than hickman!!

CB Cebulski Dear up-n-coming writers, if you get a comic published & do interviews, ALWAYS remember to credit/name check your artist & creative team!

Brian Wood My kid is running around in silver pants and no shirt. She looks like David Bowie.

Paul Pope Pencilling/inking the cover for Electric Ant #2 today– it’s a sexy one!

Rob Liefeld Lovin’ the new Avengers line up. Excited for the start of Marvel’s Heroic Age.

Chris Eliopoulos This morning, listening to the E.T. soundtrack as I script some Pet Avengers. Perhaps draw up a strip later–broadcast?

Bryan Lee O’Malley this has probably gone around a lot, but: 80s hand-drawn game design art from Legend of Zelda!?!! http://bit.ly/aXYKZy

Andy Diggle While you’re picking up DAREDEVIL 504 and THE LOSERS, why not check out @RobWilliams71‘s new ROBOCOP comic! Your move, creep…

Fred Van Lente Off to big Marvel Retreat. Or, as my wife calls it, “Comics Camp”.

Dear Warren Ellis, Will They Kill A President?

Open Discussion: Who's Behind The Door? 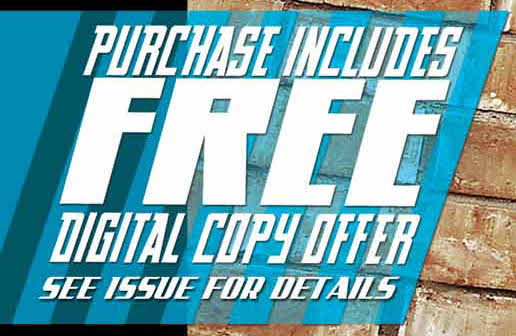