Everyone knows that monkeys are awesome, and comic books have a special place for our simian friends. Here are five of my favourites. 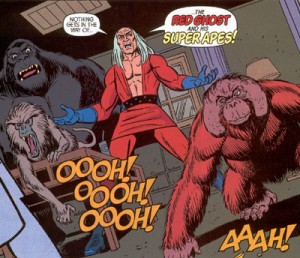 The continual companions of the Fantastic Four villain The Red Ghost, this trio of super-powered Russian apes are awesome in their ridiculous hilarity. Each ape had a different super power: Mihklo the Gorilla was super strong; Igor the Baboon could change his shape; and Peotr the Orangutan can control gravity or magnetism (it really depended on the writer). These three monkeys were given their super powers by the Red Ghost, and the origin story is something about the space race between the USA and the USSR, but these lovable brutes have been consistent antogonists for the FF (since issue #13) and others in the Marvel Universe. 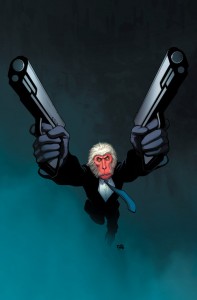 The newest of the ape characters in comic books, Hitmonkey appeared in this own mini-series and then in the pages of Deadpool. A human assassin was left for dead in a jungle and nursed back to health by a group of monkeys. One monkey studied the assassin’s moves and when his band of monkey-kin are killed he becomes the assassin we all know and love. So incredibly absurd and darlingly charming at the same time, Daniel Way achieved the impossible in today’s comic world: he created a brand new character. 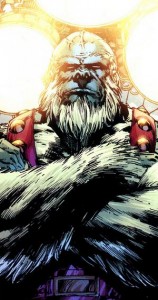 The first super villain that Superman ever fought (way back in Action Comics #13) the Ultra-Humanite was in brain power what Superman was in strength. However, the villain used his vast intellect for several attempts of world domination instead of helping his fellow man. He is on this this list because he can transfer his brain to other bodies, and his most visited form is a giant albino gorilla. 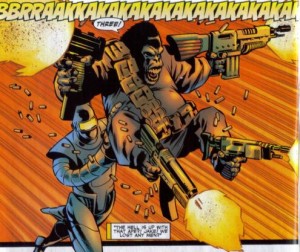 Mercenary Kenneth Hale went to Africa after hearing “whoever kills the Gorilla-Man will achieve immortality”. Hale succeeds in killing the Gorilla-Man but at the cost of becoming the Gorilla-Man himself. Now immortal, he worked with the Avengers, S.H.I.E.L.D., The Howling Commandos, and finally the Agents of Atlas. His years of fighting have given him a brilliant tactical mind and his gorilla form provides great strength. 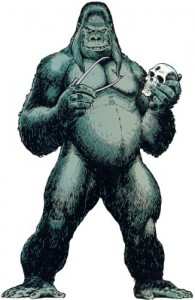 Was there any doubt that GG would be on this list? A super-intelligent Gorilla with vast mental powers, Grodd rules Gorilla City and has been a constant thorn in the side of the Flash since his debut in Flash #106. He can use his mental powers to control the minds of others and even succeeded in turning the entire Justice League into apes during the terrificly awful JLApe storyline.