Kids today have it so easy. They have the internet; they don’t need to get up off the couch to change the channel and in the last 10 years we have seen some great movies based on comic books. However, for every yin there is a yang and we have also seen a lot of crummy comic book movies over the years. Here are my choices for the 5 worst comic book movies ever made.

Wow. This movie was awful. The only plus for it is that it was actually better than Daredevil. And only because expectations were so low. The plot is mostly nonsensical and the supporting characters: Stick, Stone, Tattoo, and Typhoid Mary basically resemble their comic book counterparts in name alone. Obviously made by Hollywood execs who heard that comic books were cool, this flick is only for Jennifer Garner fans or anyone who wants to see a blind General Zod fight a bunch of ninjas.

Brutal. And such a slap to the face to anyone who said “Batman Forever wasn’t very good, but I know the next movie will be great”. Ostensibly a modern “homage” to the campy 60’s television show, only someone who had never read a Batman comic book could truly enjoy this. Clooney is somehow miscast as a rich playboy (?) and the over-abundance of villains just adds to the gong show feel. Watchable only for Schwartzenegger because everything he does is completely awesome. 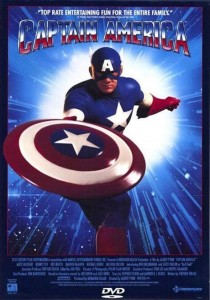 Some will say this is an unfair choice, it is the only B-Movie on my list and it was direct-to-video instead of getting a widespread theatrical release but I stand by my selection. The plot is a convoluted mess of detritus and fascism and every divergence from the comic book will leave the viewer scratching their heads (the Red Skull is Italian for example). Watchable only as a laughable drinking game, if Chris Evans just showed up on screen and said “Hey ladies, I’m Captain Effing America!” this summer’s movie would be a vast improvement. 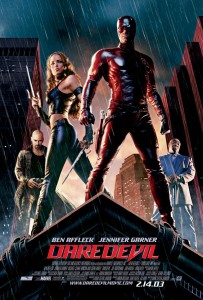 Despite the press that it received, I actually didn’t mind Michael Clarke Duncan as the Kingpin. It is everyone else who doesn’t seem to understand the characters they are playing. I have put it so high up my list because Daredevil is a major Marvel character and this movie should have been way, way better. Boring and an utter disappointment. On a side note Affleck commented that he owns every Daredevil comic book. If only he had actually read them. 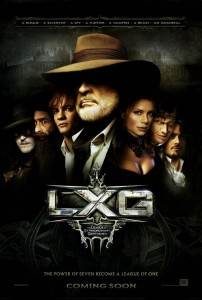 Definitely the worst comic book movie ever made. Not even Sean freaking Connery can save this one! Completely diverging from the source material and adding in extra characters like Tom Sawyer (it was thought that American audiences couldn’t relate to the all British characters), this is movie-making at its worst. You will laugh at loud at the implausible (even for a movie) Nautilus chase scene through Venice and scream in rage at the incomprehensible plot. Even the special effects are sub-par; I am certain that a child with an iMac could do better. Connery was quoted as “not really understanding the script”. No kidding.