Heroes will get knocked down.  Their morale will drain.  Sometimes they can’t fight anymore.

The Avengers was my inspiration for this Pick 5.  After catching the movie for a third time, one of my favourite scenes in the movie is when Iron Man comes to Captain America’s aid against Loki.

The return of a hero works very well on a cinematic screen, so here is this week’s Pick 5.  A hero’s return on the silver screen. 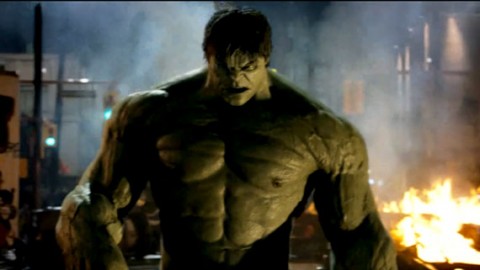 I know the Incredible Hulk isn’t a popular movie.  But after watching The Avengers I highly suggest you go back and revisit this gem.  During the movie, the only thing Bruce Banner wants is to be rid of The Hulk.  With the help of science, Bruce is able to suppress the symptoms that will transform him into the Hulk.  But as soon as that happens Abomination/Emil Blonsky runs amok in Harlem (or Yonge St.).  The only thing on Earth that can stop Abomination is The Hulk.  Banner takes a chance and dives out of a helicopter hoping that will bring Hulk back to save the day.  As Banner crashes into the ground, the Hulk is the one to emerge from the crater.  Definitely a great on-screen hero return. 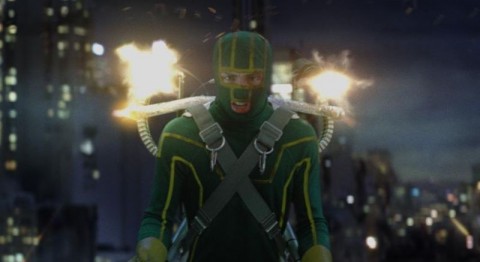 Big Daddy is dead.  Kick Ass has been beaten and is ready to give up.  Hit Girl is determined to make Red Mist’s father pay for the death of Big Daddy.  When it looks like Hit Girl is going to succeed all by herself, our hero returns.  With a jet pack.  How do you make a hero’s return more awesome? 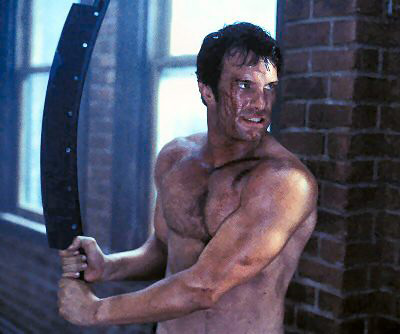 Frank was about to give up, then he saw what Quinton did to Spacker Dave.  Frank knew that Howard Saint had to be punished.  So like a phoenix rising from the ashes, Frank Castles ascended from the floor of his apartment… then took a guy’s head off with a paper shear.  A hero’s return the only way The Punisher could do it. 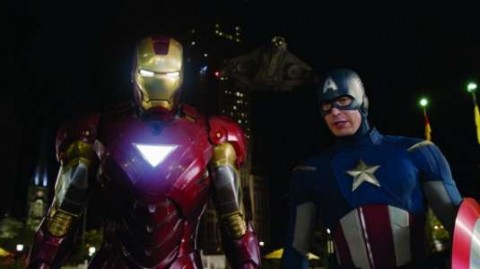 At least tell me you’ve seen The Avengers.  The movie is awesome.

As we saw in the beginning, Tony Stark is upset that he wasn’t originally wanted for the Avengers Initiative.  As our heroes begin to assemble, we are not sure whether Tony Stark will be included on the team or not.  As Captain America is about to be beaten by Loki, AC/DC’s “Shoot to Thrill” is blaring on the PA system and Iron Man returns to save Cap.  Definitely one of the coolest returns in the movies.

The greatest hero’s return on-screen ever is Superman in Superman II.

Cal El/Superman wants a normal life.   The only way he’ll be allowed to live with Lois Lane and have a future together is give up his powers.  After some soul-searching Superman gives up his power and becomes mild mannered Clark Kent.

When Clark and Lois return to Metropolis, they find out that General Zod has taken over the United States.  The only person to stop this trio of super-powered Kryptonians is Superman.

Lex Luthor helps General Zod locate Superman.  When General Zod realizes that he has won, and there is nobody powerful enough to oppose him, Superman appears.  And asks the General if he’s like to take this fight outside.  What happens next is one of the best super powered street fights in cinema history.