Okay, so yesterday the nerd world exploded with the news of Disney acquiring Lucasfilm and announcing a 7th Star Wars movie. There will be a lot of negative talk (because that is what the internet is for) about monopolies but this turn of events brings with it a lot of potentially exciting projects. I am looking forward to these five.

1. The Seventh Star Wars Movie. Were you upset about midichlorians? Jar Jar? Anakin? Podracing? Kid Boba Fett? Literally all of Attack of the Clones? Don’t worry! There series gets another shot a greatness. And with another director at the helm. A director that most likely grew up with Star Wars and therefore respects the mythology and won’t write a bunch of crazy retroactive nonsense into a beloved franchise. 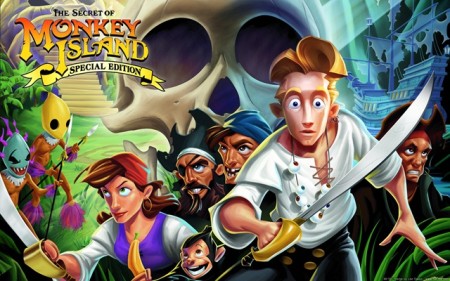 2. Monkey Island. If you have never heard of the Monkey Island series of video games from Lucasfilm then you missed out on some of the best puzzle adventures ever created. The story of wannabee pirate Guybrush Threepwood was heavily influenced by the Pirates of The Caribbean ride and a Monkey Island movie would be amazing. If the Ghost Pirate LeChuck ever appears at the Disneyparks ride my brother and I may explode out of childhood joy. 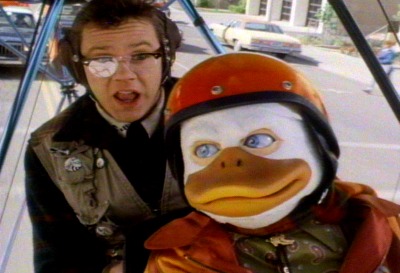 3. Howard The Duck. Have you watched this movie lately? It is awful. Borderline unwatchable. But now that Disney has both Marvel and Lucasfilm a reboot can be made and we can forgot this flick.

4. Disney Interactive and Lucasarts. The two video game divisions of each company are full of talent but for some reason haven’t had a serious hit in years. They have made some excellent games (Split Second anyone), but no blockbusters. Plus we can hope that they are able to wrest the licensing away from Activision or whoever else is making mediocre superhero fare.

5. Even more awesome stuff at the Disney Parks. Sure, Universal still  has the rights to the Marvel characters in their parks, but eventually we will get to enjoy Mickey Mouse, Vader, and the Hulk all at the same park. Also, Tomorrowland will be renamed Star Wars Land.

Return of a Hero (Movie Edition)