[box type=question]Diamond discussed at NYCC this year the possibility of a second Free Comic Book Day event in 2012 for Halloween. Can the comic industry, and more specifically comic retailers, support and maintain a successful second FCBD-like event?[/box]

I think more large-scale promotion of the comics industry is always a good thing but we would need to tread carefully to make sure that this doesn’t just turn into a FCBD 2. Free Comic Book Day has grown to become one of the most important outreach events in the industry and there’s a danger of diluting its impact with more copycat events.

I think the London comic book scene could definitely sustain a second FCBD on Halloween. Here in London, five comic stores and the downtown public partner to make FCBD a huge event. FCBD is bursting at the seams at Heroes. We are definitely over capacity. This year, we had over 1500 people through the store and, sadly, turned away hundreds more who were not up for waiting in the sometimes hour-long line-up. I’ve already started contemplating ideas for next year: including, opening much earlier (like many boxing day events) or having a Free Comic Book May, a month-long event involving giving out free comics every Saturday in May. I think the Halloween tie-in is a great idea. Myself and other London comic store owners have contemplated doing some sort of mid-year FCBD without any specific industry support. Over the years, cosplay and costumes have become a huge part of FCBD. This year, we hosted a costume contest at the library that was very well attended. I must have seen at least a hundred people in some form of costume over the course of the day. I’m not worried of a Halloween FCBD watering down the one in May as long as the focus is on Halloween and costumes. These two events must be treated differently. Maybe this event needs a different type of name? My only concern is that this event would have to be on a Saturday before or on Halloween. If it was on a Halloween that falls on say a Tuesday, I don’t think we could draw the same numbers as one that fell on a Saturday.

I definitely think there should be consideration about date here. Brahm makes a great point about running the event on a Saturday as opposed to on Hallowe’en, when it may not be as well attended, or as viable (say if it was the same day as the new comics ship). I personally don’t like the idea of a second FCBD in the vein of the current FCBD. Another type of event could be interesting, but it’s hard to say if it would work in a city like Guelph, with a much smaller population. Until I know what we’re officially dealing with, it would be hard to say whether I think it would work. Some sort of kid-specific Trick or Treat event might be really cool, where kids visit in costume and get free comics. We already have the mini-comics being published for Hallowe’en, it would just involve some PR on Diamond’s part to make it an industry-wide event.

Honestly, Halloween has zero impact on our sales around here and we often take that quieter period of time to run other fundraisers and art shows. Adding a “free” event would be overkill and of no real service to the community.

Halloween is quiet here, too. We hand out comics, of course, instead of candy, but it’s certainly not the event it used to be. Maybe it’s the economic times but I’ve even noticed the decrease in requests for Wonder Woman costume reference issues, as well. That was a staple for many years , as was Batman and Ghost Rider, but no longer.

This past Saturday, a teenage boy and his mother came in asking, “Where’s the free comics?” “Excuse me?” “Don’t you have Free Comic Day the first Saturday of the month?” After I set them straight (of course, they didn’t bother looking around, opting to just leave), I was glad, once again, that FCBD was only once a year. We can all do our own special events but, please, let’s leave the official FCBD unique, and undiluted. For my sake, okay?

I’ve always really liked the idea of Free Comic Book Day, but I’ve consistently been disappointed in the execution. I feel like retailers are generally very conservative in many facets of their business, and that extends out into FCBD in a disappointing way with the idea that the books need to be ‘all ages’ appropriate. Free comic book day should be a chance to show the breadth and diversity of the industry, and the strength of the stories we have to offer. With the majority of the gold-level books being kid-oriented (or watered-down versions of licensed/genre work), I never feel like we’re putting our best foot forward as an industry on Free Comic Book Day–we’re just putting our “safest” foot forward. That’s the right food, btw. The right foot is the safe foot.

Anyway, we tailor our FCBD events to fit that mould, and we do events for the kids, and that’s great. But I think FCBD could and should be something else, it should be about the whole industry.

Which is why I think a Halloween-centred event is such a great idea, frankly. Halloween is, for the most part, for kids. Trick-or-treating, that sort of thing, and while there are all kinds of avenues for grown-up fun on that holiday (this year I went out as a “sexy chiropractor”) kids are at the heart of the holiday, and so doing kid-themed give-aways within the larger context of Halloween makes great sense.

We’ve always skipped Halloween events at The Beguiling, but this year at Little Island the store manager had an idea to do a kids event, with crafts and comics creation across the Saturday and Sunday, and the promise of free comic books to anyone (any kid, really) who showed up in costume from the Saturday right through until Halloween. It was enormously successful for us on all accounts, with a great turn-out on all three days and a lot of positive feedback from customers and the community. It’s really an event that doesn’t work for The Beguiling, but an event that was really successful for the kids.

If it was done right, I think a kids-oriented event at Halloween would be a wonderful addition to our fairly paltry industry outreach efforts (seriously: we have 1-888-Comic-Book, and FCBD, and that’s IT), and it would free up FCBD to be a more industry- and medium-encompassing event. Sounds like a win-win in my books…! 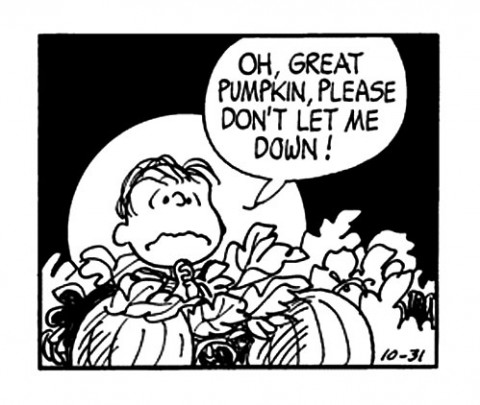