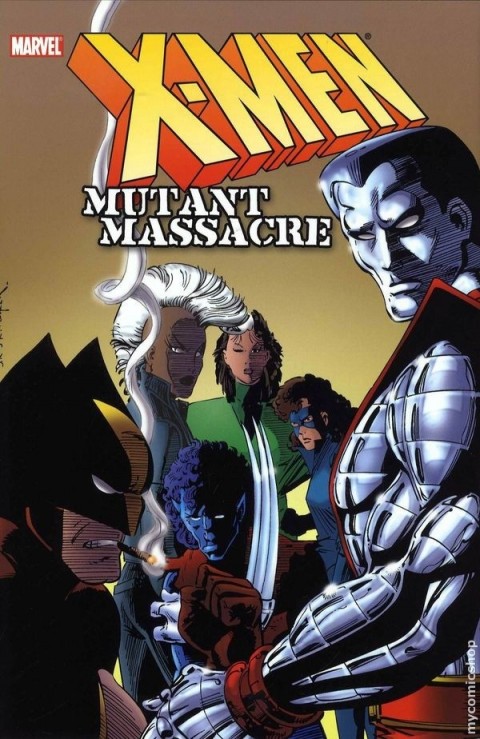 It has been a while since I have eaten at Red Lobster, but I assume that they are still awesome and have a treasure chest full of toys for kids. Once upon a time, when my brother and I were kids, we got to pick a prize from the treasure chest. I don’t even remember what I chose but my brother selected a copy of Uncanny X-Men #211.

To this day Uncanny 211 is still one of the greatest comic books I have ever read, its pages are burned into my memory, and it started me on my love of the medium.

For those of you who have not yet read this masterpiece, it is part of the larger Mutant Massacre crossover, wherein a team of super-powered assassins hunt down and execute the Morlocks living the tunnels below New York City. The story crossed over into the pages of Uncanny X-Men, X-Factor, New Mutants, Power Pack, The Mighty Thor, and Daredevil. However, it was written is such a way that you didn’t need to read every part. Basically the main characters from each book never met each other, but the complete story fits together like a puzzle.

The subject matter was grim. The Morlocks were mutants with less than amazing power who lived underground after being shunned by society. And we were now seeing them systematically and brutally killed by The Marauders. If it wasn’t already known, this story firmly established the X-books as tougher, edgier fare.

Nightcrawler ends up in a coma, Colossus is paralyzed, and Shadowcat gets stuck in her ghost form. This leads to their inability to face the Adversary during the Fall of the Mutants and leads to the creation of Excalibur.

Mutant Massacre saw the first battle in comic books between Wolverine and Sabretooth. They have two amazing drag-out brawls and their dialogue hints at their long and storied history together.

Apocalypse beings to collect mutants for his Horsemen, and Angel’s wings are damaged and need to be amputated. This leads to him becoming Death and eventually Archangel.

Simply put, the story had long range repercussions throughout the entire series of X-books.

My favourite page, and the one which has stayed with me these 25 or so years, is the scene when Colossus kills Riptide in Uncanny 211. The art, the panel layout, the dialogue, the image, and the story; it is everything I enjoy about comic books all on one page. 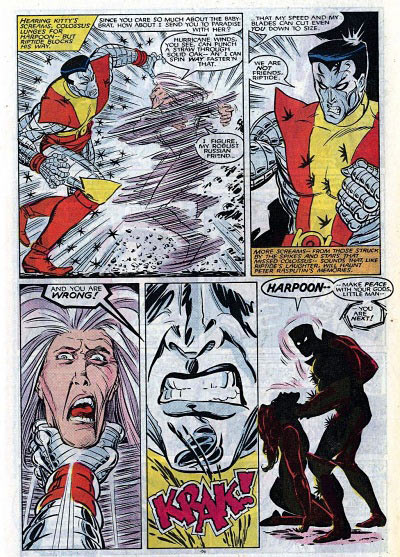 I was a bit worried to go back and read this story. Sometimes when we try to enjoy the things we did as children we end up being quite disappointed (I’m looking at you Escape From New York), but I was glad to see that this important story in the history of the Marvel Universe still holds its own and the collected edition makes a fine accompaniment to any comic fan’s shelf.