Sam Raimi’s series of Spider-Man films were filled with grand gestures, exaggerated camera moves and large doses of quirky humour, mostly at the expense of the Peter Parker character. It was great fun while it lasted, but after the overstuffed third installment in 2007, a change in mood and style was inevitable. 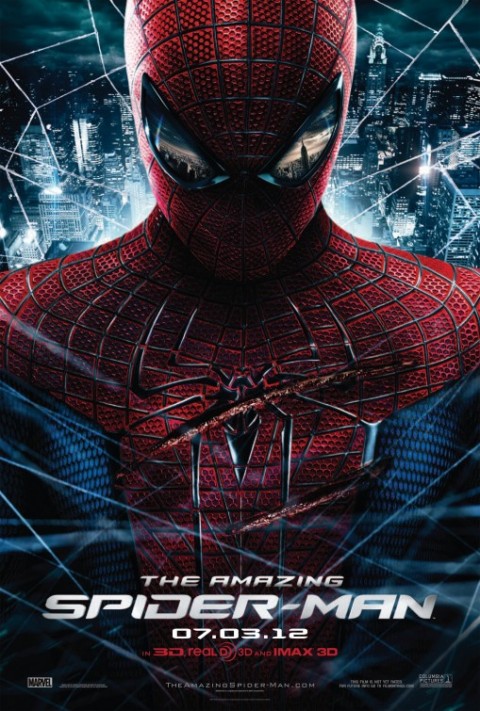 It’s only been five years since the last film, but the beloved character has quickly returned in The Amazing Spider-Man, a reboot promising to do away with over the top comic book theatrics and take on a more serious and grounded approach in the vein of Batman Begins and Casino Royale.

Indeed, the tone is decidedly more sober in this incarnation and the story more character based. Great pains are taken to establish a romantic interplay between awkward but likable outsider Peter Parker (Andrew Garfield) and fellow student/Oscorp lab intern Gwen Stacy (Emma Stone). As their relationship blooms, our hero also encounters Dr. Curt Connors (Rhys Ifans) a scientist working on  a revolutionary limb regeneration method using reptile and human gene-splicing. After Parker visits the Oscorp labs, the lives of both the protagonist and antagonist are altered radically.

There may not be a lot of action early on, but thankfully the chemistry between Garfield and Stone is more than evident, and their lively interactions carry the film. Ifans makes for an interestingly tortured villain as well, and the supporting work from Sally Field, Martin Sheen (as Aunt May and Uncle Ben), Denis Leary and even C. Thomas Howell (yes, that C. Thomas Howell, from E.T. and The Outsiders) is all solid as well. The action scenes build well, becoming more inventive and elaborate as the film progresses, including an impressive showdown between Spidey and The Lizard in the halls of Parker’s high school. While the monstrous Lizard’s appearance was initially criticized after early footage was released, his digital rendering looks excellent and the character effectively menacing.

Perhaps the only problem with the film is the simple fact that it all feels so familiar. While commercials do advertise the film as an “unknown” origin story (admittedly, there is an unresolved subplot regarding the mysterious death of Parker’s parents), it’s hard not to feel a strong sense of déjà vu. Parker may display a little more attitude and the film itself a weightier and less fantastic vibe, but numerous story beats are nearly identical.

From the young hero being bullied (by student Flash Thompson), to coming to grips and enjoying his new found abilities, before finally being taught a lesson in responsibility from his Uncle Ben, there’s little here in the way of surprises. It’s hard to blame the director or cast for this – especially since the movie is so well acted and technically proficient. However, those overly familiar with the story will wish the flick got to the web-slinging clashes with The Lizard a whole lot quicker.

Still, this is a good Spider-Man film, especially for younger audiences new to the character. One hopes that now that the performers have successfully established themselves in the roles, the creative team will spin a yarn audiences haven’t seen before.

Note to fans: stick around through the first series of end credits. A coda follows, vaguely establishing a new character and future threat in the series.

Glenn Kay is a film critic and author of Zombie Movies: The Ultimate Guide. He doesn’t know all that much about comic books (in fact, only what Chris Owen tells him), but he does see an awful lot of movies based on them. He currently lives in San Diego.