You’ve probably heard that Apple is the world’s most valuable company. But how do we know that, exactly? It’s actually a simple calculation: multiply the number of Apple’s shares outstanding by its current share price. Apple currently has approximately 940 million shares outstanding and its current share price is around $450. So that works out to 940,000,000 x $450 = $423 billion. This value is called a company’s market capitalization. Exxon Mobil is the world’s second largest company with a market capitalization of $400 billion.

Why is it worth comparing companies by their market capitalization and not just their share price? A good example is Microsoft and IBM. Microsoft’s share price trades for $35. IBM’s is much higher at $208 per share. However, Microsoft’s total value is $290 billion vs. IBM at $230 billion. The reason  is simple: Microsoft  has nearly 8 times as many shares outstanding. 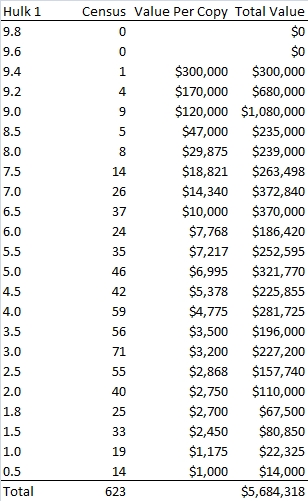 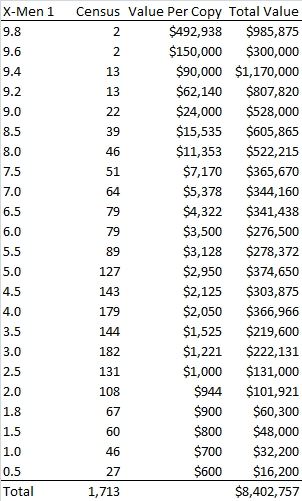 We can have some fun with this and tie each character or group’s value to the value of the issue in which they made their first appearance: 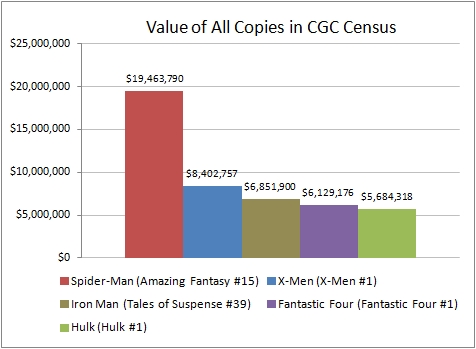