It has been four months since DC Comics unleashed their much anticipated New 52 relaunch. Not surprisingly, DC dominated 2011’s bestseller list. The only non-New 52 title that managed to squeak onto 2011’s top ten list was Ultimate Spider-Man #160. Justice League #1, Batman #1, and Action Comics #1 all managed to sell over 200,000 copies.  Justice League has continued to lead the charge since the New 52 launch, claiming the number one spot in October, November and December. Its second and third issues sold 186,000 and 161,000 issues, respectively. The drop off is to be expected, but the numbers are still very respectable. DC as a whole recently slipped back to the #2 spot behind Marvel.

It’s fair to say that the overall critical reception of the launch has been favourable. The big titles like Superman, Action Comics, and Batman delivered stories on par with expectations. Fireworks from the big titles were not expected, and certainly weren’t delivered, but a solid foundation was built for the future. The most well reviewed titles have been those on the periphery. Taking stock of the critical reviews and fan opinions since the relaunch, the best received titles have been Animal Man, Wonder Woman, Batwoman, and Flash. To be sure, several titles have missed the mark. Hawk and Dove has been the panned the most, with Paul Nomad calling for a reset after just the first issue. DC recently announced the cancellation of Hawk and Dove as well as Men of War, Mister Terrific, O.M.A.C, Blackhawks, and Static Shock.

What about the post-launch, CGC market? As expected, the best-selling, highest profile titles have been slabbed the most. Below is a quick look at the current CGC Census for the big titles (all in the 9.8 grade):

Justice League, Detective Comics, and Action Comics each have around two hundred 9.8 graded copies slabbed to date. Batman and Green Lantern hover around fifty slabbed copies each. The number of sketch variants slabbed for Justice League, Action Comics, Green Lantern and Batman range between 16 and 34 and the variant copies range between 9 and 64.

The median prices for all the completed auctions on eBay since launch:

Given the close print run and census data, it’s not surprising that the auction prices for each title have converged. The standard versions all trade for between $50 – $65 and the variants go for around $100. 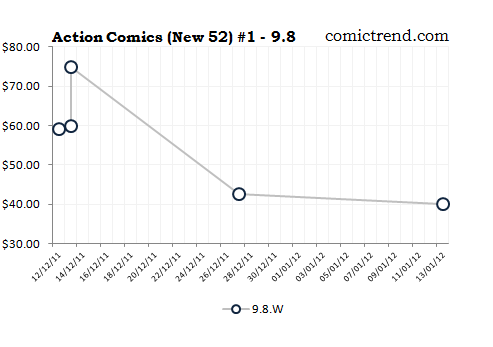 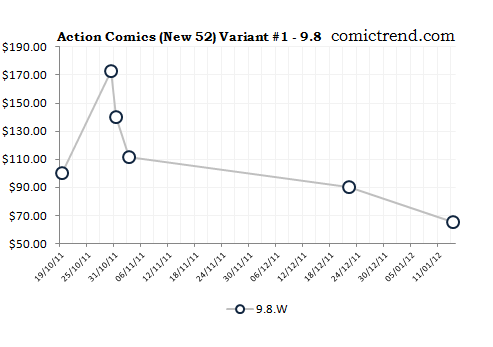 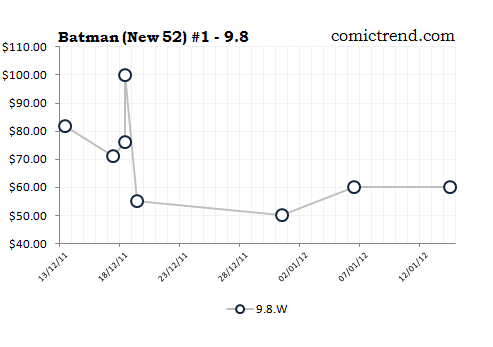 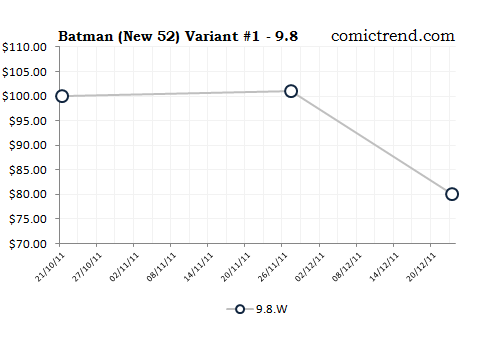 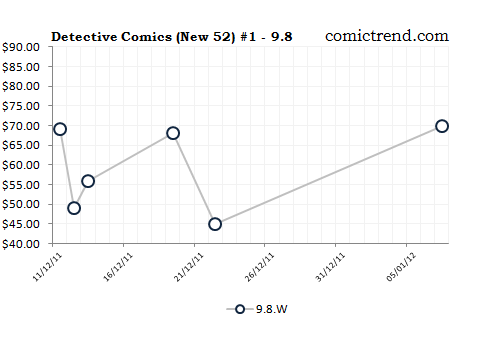 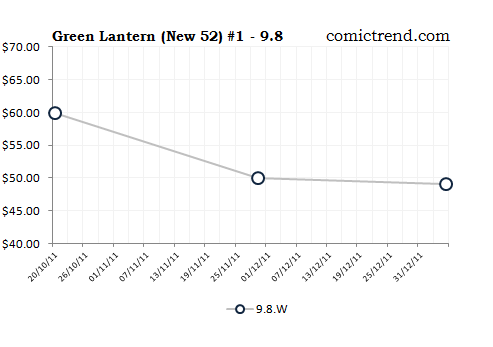 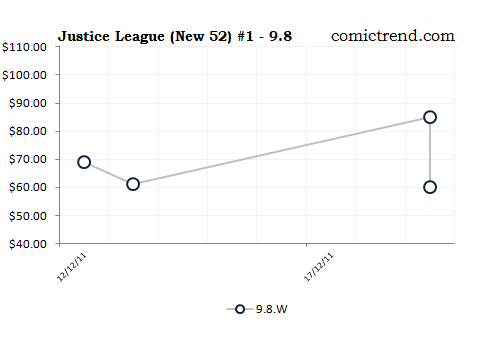 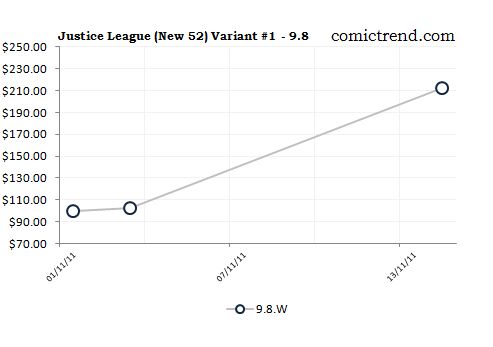 Without a doubt, the most interesting alternate to watch has been the 1:200 sketch variants. Fuelled by the excitement of the launch, these limited covers have come out of the gate at sky high values. The very first Batman sketch auction finished at $800. Justice League started at $400, dipped to $300, and recently on December 8th an auction settled at $600. Action Comics hit $800 a few weeks ago with the most recent auction coming in at $400. 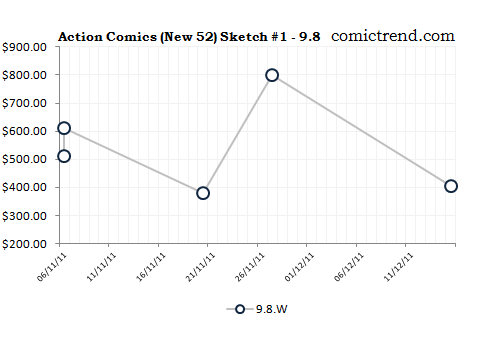 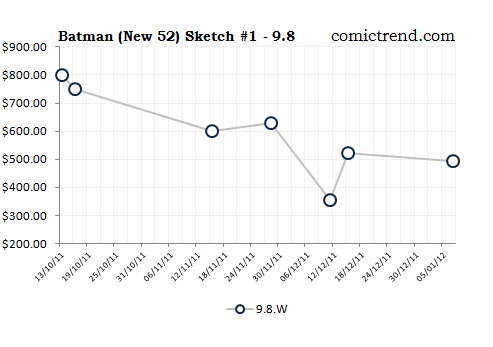 So should you jump into the New 52? If one feels compelled to pick up any of the New 52 titles, I would stay away from the extremely volatile sketch variants—unless you’re quick enough, or lucky enough, to spot one near or below $300. The census numbers have nowhere to go but up and the enthusiasm for the New 52 has nowhere to go but down. I would gravitate towards the critically well received titles like Animal Man and Batwoman. These titles have amazing art, fantastic writing, and are shaping up to be the real gems of the relaunch. A Jeff Lemire signed Animal Man recently went for just $169.