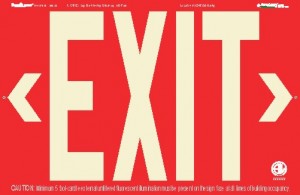 This week’s tip is aimed at the collectors. The collectors are really the silent majority of the back issue market and a surprisingly large numbers of them don’t really know where to start when faced with the dilemma of selling their comic book collection.

The number of savvy comic book investors pales in comparison to the throngs us who collect with little knowledge of selling and even less intent to sell. Most of us can’t even fathom the concept of selling our comic books. Things change in life though. I thought I’d always love the Bee Gees and then I thought mullets were here to stay. Yes, things and people certainly do change. Often the lag between someone loosing interest in collecting and actually realizing it and making the decision to sell can be years even decades. If you didn’t naturally just lose interest in collecting then kids, marriage, divorces, basement renovations, unemployment, moving to other cities and paying for college are just a few of the reasons you might decide to sell your comic book collection.

In the old days we’d run these comics down to our local comic shop or put an ad in the local paper’s classified section under antiques and collectibles. Thankfully, there are more options available to us today and it makes sense to at least be aware of some of them should you one day have to sell your collection.

Your local comic shop is still a great place to take your comics. Some stores do good business in back issues and if your stuff is good they’ll actually be very competitive with their offer. Posting your collection on eBay as a lot won’t get you much, surprisingly. Ebay can be great for some high end stuff but it could be a real clearinghouse of common stuff in volume. Separating your better comic books and having them graded may be a good idea if the comic books merit it. Get some advice and do some research on the net. The local shop you submit the comics through for grading may want to buy them and negotiate a price based on the grade they return in. Jumping on to collectors forums and asking some questions is a good idea too. Taking your comics to conventions and having dealers look at them would work if there’s not many comics (a printed list will work but it’s always better to have the comics there to capitalize on the dealers immediate needs). Shop them around and make sure you don’t take the first offer. If the collection is large have 2 or 3 dealers over to have a look. It’s a good idea not to sell your better stuff first, tie the good stuff to the bad. It’s less work and usually you’ll end up with a better price.