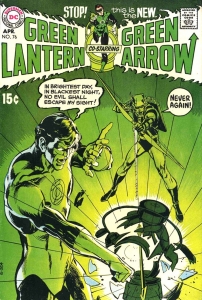 One of the most critically acclaimed comic books to hit the stands in early 70’s was Neal Adams and Dennis O’Neil’s Green Lantern/Green Arrow run. I didn’t know much about DC comics but I was very familiar with Neal Adams, who had just finished a ten issue run with the X-Men (#56-65) and then the title was suspended after issue #66. I was a freshly minted teenager back then and I didn’t understand “freelance”, and thought he was a turncoat leaving Marvel and working for the Distinguished Competition.

I recently had the opportunity to read eight books from the fourteen issue (GL#76-89) Adams/O’Neil run on Green Lantern/Green Arrow as part of some research for a future Arcs & Runs column, and I must say I came away very impressed. I liked all of the books I read but mostly enjoyed the “road trip” aspect of the run. The run itself famously features socially conscious stories including racism, native people’s mistreatment, drug addiction, and the population explosion. All hot button issues of the day, and sadly forty-five years later –  still today. The material was right up Dennis O’Neil’s ex-journalist street.

Our featured pick today Green Lantern/Green Arrow #76 focused on the use of power. Who has it, how and who has the right to use it. Why? When? Where? These same themes are being played out over and over in comics today. Marvel’s Civil War being a very visible example. Dennis O’Neil did a masterful job in writing these books and Neal Adams art matched it. It richly deserves the accolades it received. Without question it is DC’s bronze age key book.

So why do I think it is overvalued by Overstreet? I will explain. First we will take a quick look back at the books recent history and then get to where we are today.

In Overstreet #39 Green Lantern #76 was valued at $1200 in 9.2 grade and it’s Marvel Bronze age key counterpart Giant-Size X-Men #1 was valued at $1250 in the same grade. Very fair I thought, two heavy weights with approximately the same value. The 39th Overstreet guide is a couple years before the Green Lantern movie. We jump to the same two books and grades, and the 45th Overstreet price guide. Green Lantern #76 has jumped to a whopping $2700. Giant-Size X-Men is $1400. I wish I had copies of my old guides to see when the big jump in value for Green Lantern #76 occurred, but I give my old guides away to people that don’t own one. Maybe a CBD reader can chime in. It wouldn’t be too hard to surmise that it happened just before the movie was released and the book was being heavily spec’d. 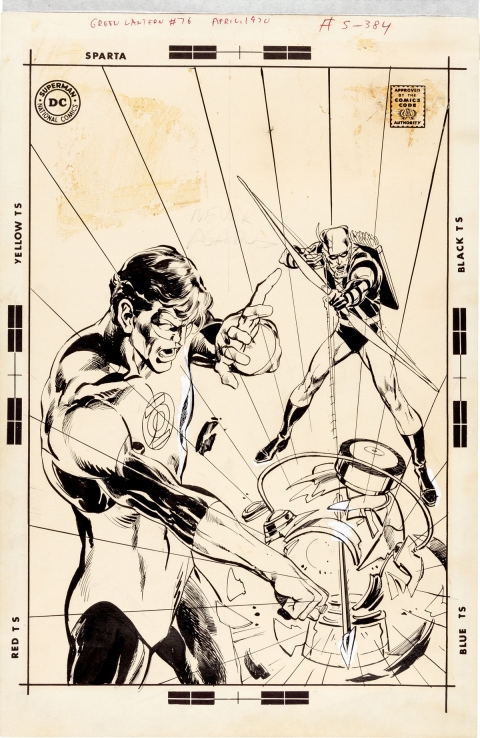 Although I don’t think GPA is gospel, I do believe that in this case it is much closer to reality than Overstreet. I have observed many books going for much less than the guide in all grades at auction and raw at local stores. The books are trending down. A minimum 10-25% haircut on all grades would bring Overstreet closer to reality, but don’t hold your breath.

This might be a bit of cautionary tale for comic movie speculators. Will we be talking about Fantastic Four #45 or # 52 the same way in a few years? I know they are Marvel movies, however as the old saying goes past performance doesn’t guarantee future results.

A final note on Adams/O’Neil. A great combo that went on to Batman and produced some terrific work there. What are the odds of them going back to back on two cancelled titles in the X-Men and the Green Lantern? It does show that when the character(s) have lost their audience it doesn’t matter how good the art or writing is – they’re gone. If only for a little while ^-^!