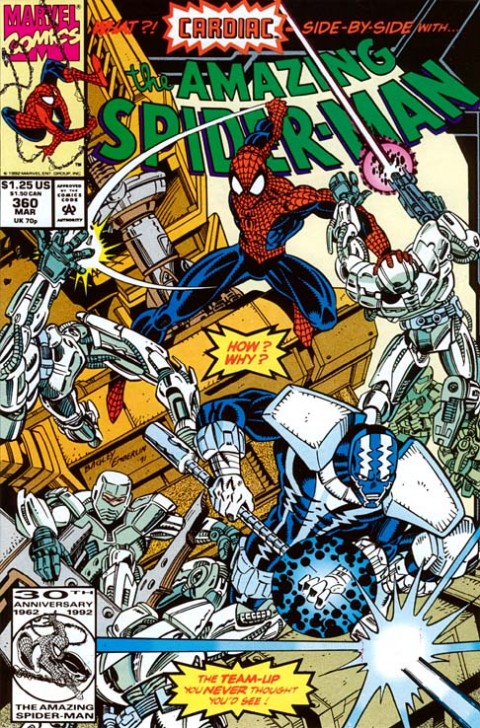 You know which comic book characters are proving to be important to the collecting community these days? Venom is important as is Michone as is Deadpool as is Carnage. Younger collectors love owning these books, these are important books for the new wave of collectors.

I actually remember the late 1970s when the old-timers would laugh out loud at young people like me paying them $10 for a Hulk #181 or an X-Men #94. “Why aren’t these kids buying More Fun and Donald Duck, now those are books with value?”

As mentioned above one of the characters enjoying strong demand these days is Carnage.

It’ll never last you say? Too many of them out there you say?

There are 580 CGC 9.8 copies of Amazing Spider-Man #361 out there and they are now commanding $135, the 666 CGC 9.6s are getting $60. So in comparison New Mutants #98 is twice as plentiful but still almost three times more valuable. This makes sense since Deadpool is for now the bigger character and thus enjoys higher demand.

The future is looking good for the Carnage character. 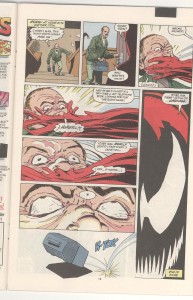 While it may be a little late to jump onto the ASM #361 bandwagon there is still plenty of time to load up on Amazing Spider-Man #360. This issue features the actual 1st appearance of the Carnage character.

As you can see from the scan the character gets a full page aside. This compares favorably to say the last panel intro the Wolverine gets at the very end of Hulk #180. Hulk #180 BTW is a very expensive comics.

I’m not comparing Carnage to Wolverine but I am comparing the mechanism for valuing a brief appearance in the issue before the 1st full appearance. I’d say Carnage’s aside trumps Wolverine’s 1 panel!

Don’t go the CGC route with this one, just load up on a handful of nice tight copies. You should still be able to find plenty for the $2-$5 range.

David Michelinie was an important Marvel creator in this period. Some of David’s better known contributions include the introduction of Jim Rhodes into the Iron Man cast of characters, the Tony Stark as alcoholic storyline (both with help from Bob Layton) and he helped Todd MacFarlane (and a few others) with the creation of Venom in Amazing Spider-man #299/300.

Michelinie first introduced the Cletus Kasady character in Amazing Spider-Man #344. Kasady was introduced as a psycho killer who later morphed into Carnage after coming in contact with Eddie Brock (Venom) in prison.

The 42nd edition of the Overstreet Comic Book Price Guide shows $4 as the 9.2 price.