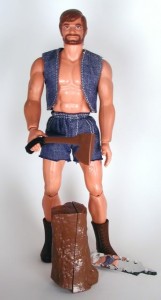 DATELINE: MEGOVILLE- The Toy world was rocked to its very core today as beloved plaything BIG JIM held a press conference and unveiled a shocking revelation.

“I can’t keep this to myself any longer,” said BIG JIM. “I’ve been living a lie. I stand before you today to proudly say…”

The crowd gathered at the Hall of Justice carrying case was stunned to hear this from a toy long considered to be one of the stalwarts of the Action Figure movement.

“It’s time we stopped hiding behind the label of ‘action figure’” he told reporters. “This is the 21st Century. There is nothing wrong with living a doll lifestyle.”

He exhorted others –like Captain Action, Stretch Armstrong, and the entire Masters of the Universe line– to “come out of the Toy Chest.”

When asked by reporters why he was taking this stand, he said the recent controversy over the D’Jango Unchained figures spurred him to action.

“None of us knows what kind of shelf life we’re gonna get from the Big Mold In the Sky”. 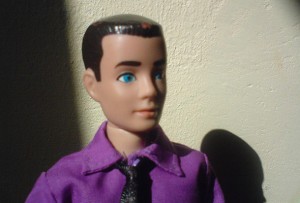 He was joined at the podium by noted toy advocate, KEN. It was a poignant moment when the two former rivals clasped pre-formed hands and raised them skyward.

“We have resolved our differences for the greater good,” said Ken. “That whole ugly business is behind us.”

The ‘ugly business’ referred to an incident years ago that was broadcast on Robot Chicken. Playrooms around the world were buzzing with reports of Ken catching Big Jim in bed with Barbie.

“Malibu NIGHTMARE House is more like it,” he was quoted as saying.

But now the former enemies will be marching side-by-side in the Toy Pride parade in downtown Megoville next month.

When questioned further, Big Jim revealed that behind all this are much darker issues. Backlash against dolls has manifested itself more and more in the heinous crime known as…’collecting’.

“Our people are found with cellophane over their faces, crammed into sealed boxes, and hidden away in storage buildings,” he said, quivering with plastic rage. “We have to take the power away from these pervs. This is one of the ways.” 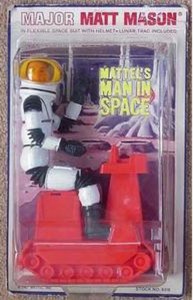 Also on the stage was former astronaut MAJOR MATT MASON, smiling, despite being hobbled by the debilitating BWS, Busted Wire Syndrome.

“I hope by supporting Big Jim,” said Mason, now permanently confined to his Space Crawler, “I can serve as an example for other Toy Chested dolls like G.I. Joe and the Star Wars figures.”

Big Jim vows to “fight the good fight with my actions and my voice.”

Smiling at his new friend, Ken complimented Big Jim: “You are very articulate.”