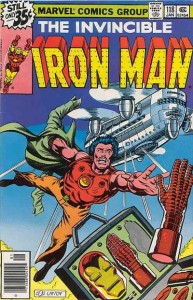 This comic boasts a crack creative team that includes Bob Layton, John Byrne and David Michelinie (David Michelinie also figures prominently in my Undervalued Spotlights 16 and 62). The 17 page “At the Mercy of my Friends” story in Iron Man #118 features Nick Fury and SHIELD and introduces a character named James “Rhodey” Rhodes.

Iron Man and James Rhodes first met while on separate missions in Vietman. Rhodes, a shot down pilot and Iron Man, who just escaped from a POW camp team up and destroy a Viet Kong missile base. Later Tony Stark offered Rhodes a job as his personal pilot.

Rhodes actually becomes Iron Man in issues #169 and 170, stepping in while Stark 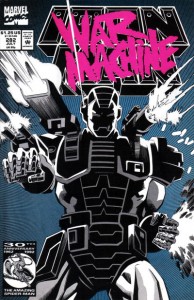 relapses back into alcoholism. Later Rhodes becomes the War Machine (Iron Man #281-283). War Machine has proved to be a very popular character and should figure prominently in the Marvel Universe in the coming years.

Actor Don Cheadle played Rhodes in the 2010 Iron Man 2 film and will reprise the role in the Avengers feature film due out in 2012.