Who is your favourite death and resurrection in Comics? 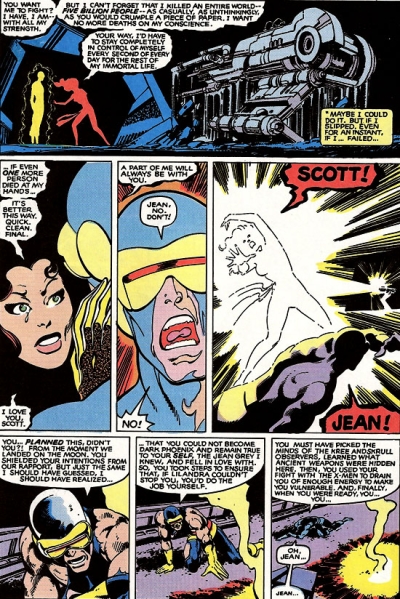 So I guess I’m saying Phoenix force. And I truly believe the best is yet to come. 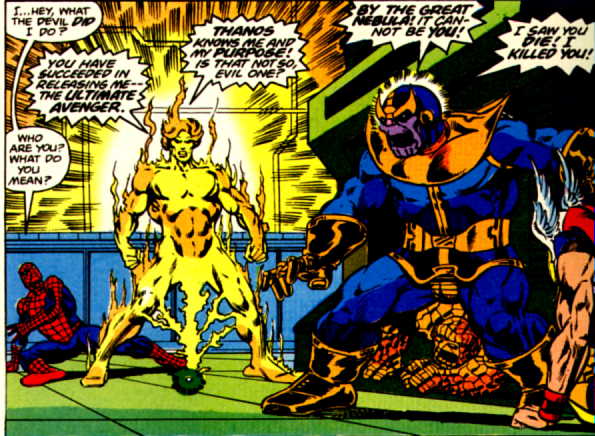 Thanos and Adam Warlock — both their deaths and their resurrections were under Jim Starlin’s direction and made sense. 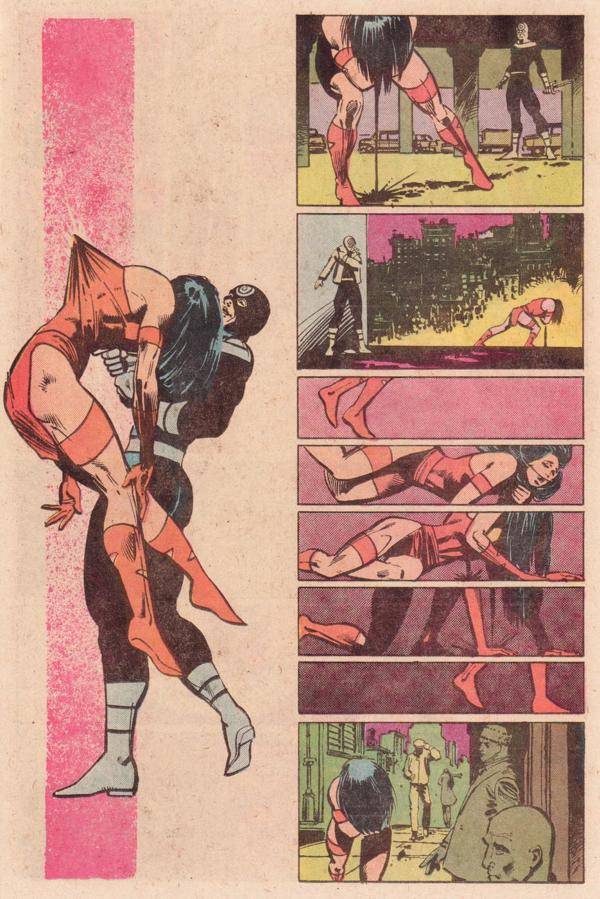 Elektra: a great character in the Miller Daredevil mythos and a resurrection that made sense within the framework. 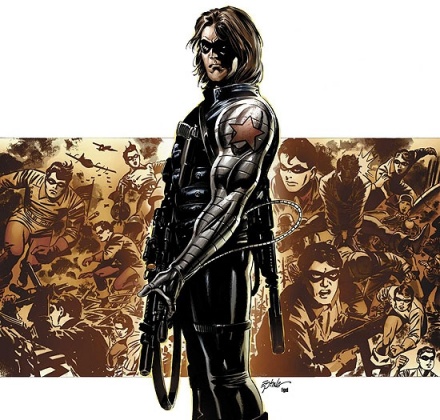 His death was one of the few in comics that actually held steady through out the years, but his return to comics as the Winter Soldier was really well done.  Bucky is great as Captain America as well.  His is different than Steve Rogers so his Captain America has to be more resourceful, because he can’t rely on the super soldier serum.

Because I can’t think of an immediate snarky answer, I’d have to say that every character that gets killed in Walking Dead is a favorite, because it catches me off guard. I always think “If they killed him/her, then NOBODY is really safe in this!” Adds to the overall tension in the story. And then because it’s a zombie-world, I guess they DO all get resurrected, to make this count in your question. 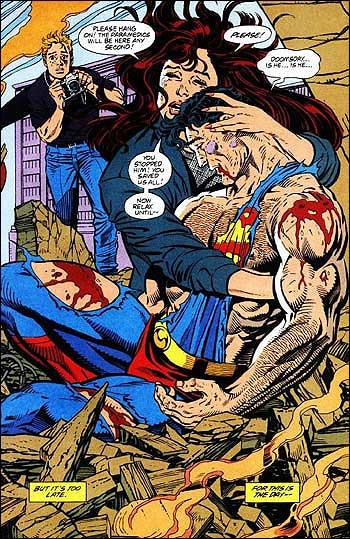 Also, I’d have to say I actually enjoyed the whole Death of Superman and Return of Superman when it happened. It actually seemed unique and fun, despite being a media circus and huge publicity stunt. I haven’t read those comics since they came out, so I have no idea if it still holds up as a good comic. But at the time, week to week, I liked it.

I’ve gotta second Alexa’s. Jean’s story of death and rebirth was so huge, the whole story of Phoenix, her fall, death and re-birth was just so epic it’s it seeming scope. And I liked Rachel in the later reincarnation, after that I’m out, so I can’t comment on Hope. 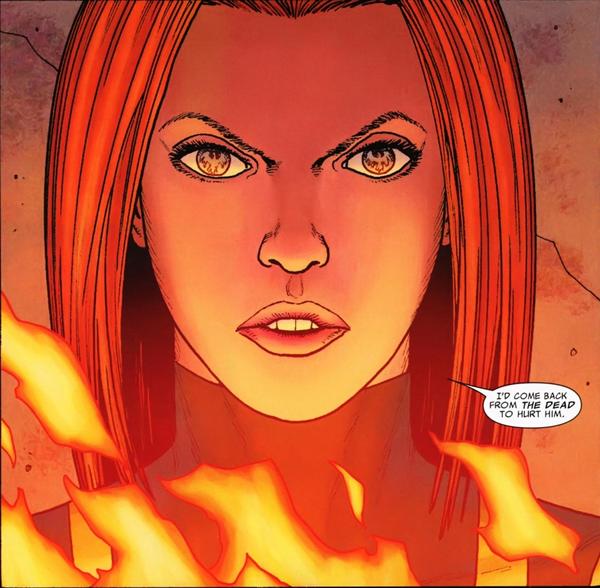 Alexa: Hope’s got the fire in her eyes, and every now and again she busts out some phoenix force moves that make me wonder. Guess we’ll see. But I figure introducing a messiah baby is the slickest way of bringing the force back without literally beating a dead horse (sorry Jean). You’ll also note, should you pick up a Cable, or Generation Hope, Hope has red hair and green eyes.

Now, her powers might be linked closer to the people she’s around  – sort of in a rouge-esque kinda way. But I’m not sure yet.

Like I said, the best has yet to come.

I will second the Bucky/Winter Soldier/(new) Captain America death and resurrection love.

I think it goes without saying that I’m pretty much in the Jean/Phoenix/Dark Phoenix/Maddie/Hope death-resurrection camp.

HOWEVER, I absolutely hate that they completely ret-conned the Dark Phoenix Saga as not being Jean (who’d have thought I’d actually get pissy at a retcon?). I get WHY they had to do it if they wanted to keep her in the X-Men. But COME ON, folks. She’s a cosmic level superhero – much like Galactus, Silver Surfer (though not at their level), Korvac (though he did resurrect everyone), Living Tribunal, Celestials – and they have all wiped entire planets off the map. Even with the ret-con, she’s too powerful for the X-Men – what do you do with that? So, you have her holding back so Scott doesn’t feel inadequate and, while this doesn’t deviate from her first appearance (see also Angel), it’s completely unfair to the character because you still give her this awesome power…which she doesn’t use unless it’s used like some deus ex phoenix force. Which gets old, very quickly. In the end, you have no other choice but to keep killing Jean and bringing her back to life to make her interesting.

I cannot wait until they bring Nightcrawler back from the dead, though. That will be AWESOME. (Or, it should be. If it isn’t…..) 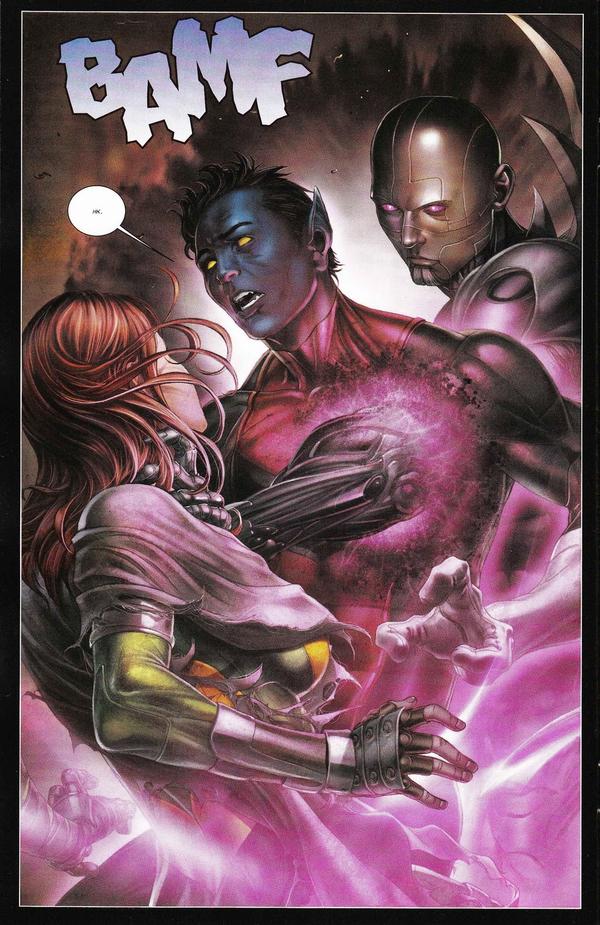 I can’t wait. Better happen. Shel, you just gave me a new hope (that was an X reference by the way)

Jill Nagel (Our Correspondent from the Toronto Cartoonists Workshop) 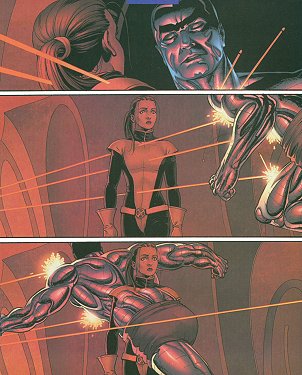 I’m going to say Colossus.  When he died it had meaning. It had consequences.  When he was brought back in Astonishing X-men I was actually surprised (shock). It wasn’t so much the reason or the explanation of why he was brought back and um…not actually dead (both were fairly flimsy) but the emotion behind it. His interaction with Kitty and the panels leading up to the reveal were some of my favourite moments in recent (ish) X-books.

Wow. We are all a bunch of Marvel fanboys (and fangirls). I would second Thanos and Adam Warlock (great, great stuff and cheap to pick up if you haven’t read them) and the Winter Soldier (arguably the greatest return of all time) but for something different I will say Hal Jordan. 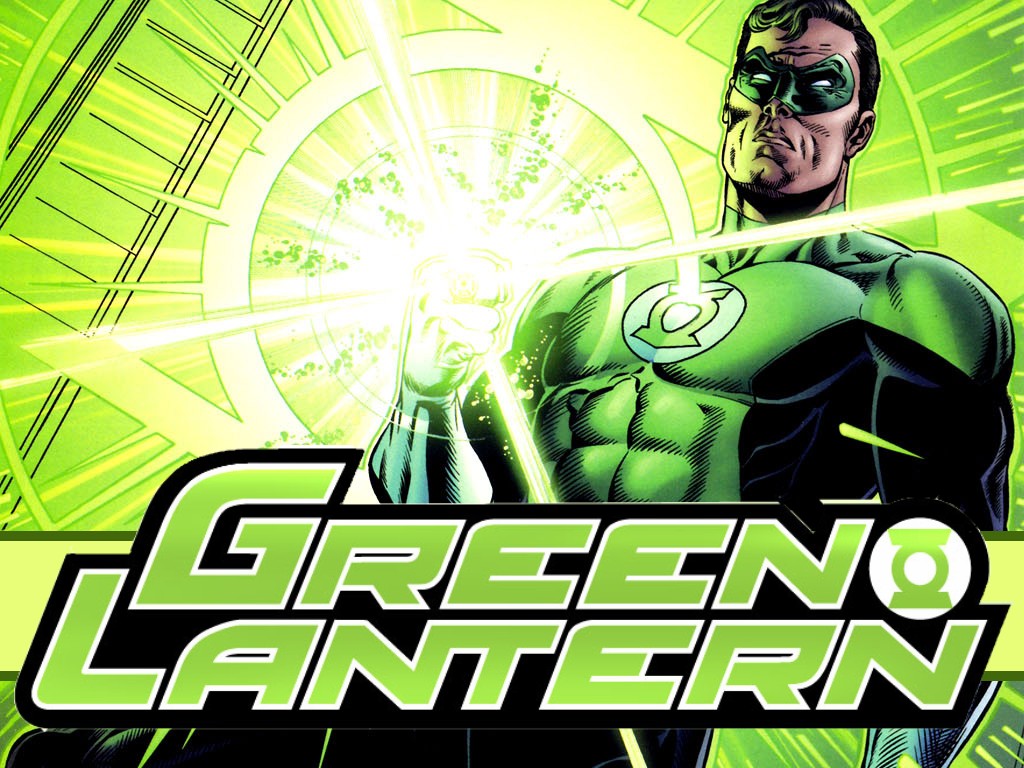 His craziness was okay, his stint as a villain pretty weird, his sacrifice anti-climatic, and his tenure as the Spectre was totally nonsensical. But his return in Rebirth wove all of these stories together in a completely logical and ass-kicking way. That (and the JSA) is why Geoff Johns is awesome……Peter.