Every week Comic Book Daily asks the question and the crew (and special guests) give their answers; we’ll be doing this for 52 weeks. Tip of the hat goes to the gang at Scans Daily for the inspiration.  The American Library Association just announced their nominations for 2012 Great Graphic Novels for Teens Nominations.  This week’s question:

What’s your pick for best graphic novel for teens, published in the last twelve months? 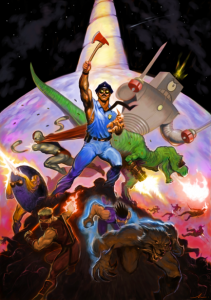 I have no idea. But I saw ‘Axe Cop‘ on the list. Really? Am I the only one in the world that doesn’t get Axe Cop? 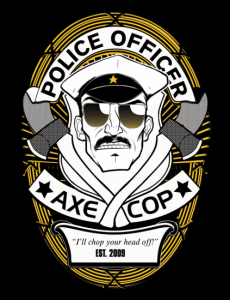 Yes. You are the only one in the world who doesn’t get Axe Cop.

As I have read nothing else on the list it is my choice for the best graphic novel for teens.
The main draw of course is that the writer is a six year old (his stories are drawn by the his thirty year old brother).

The series is quite brilliant. It is silly, fun, and reminds us why we like comic books. Many of us drew our own comics in elementary school but we did not have an older artist brother to put our ideas into reality.

Each episode makes me want to read what happens next. How many comics can make you say that?

I am with Anthony and I pick Axe Cop.  He has a moustache and an axe.  What more do you need in a hero?  The storylines are so crazy and insane but what do you get from a 5 year old.

I especially love Axe Cop’s origin story.  He was born with a moustache, and had a brother, Flute Cop.  His parents were murdered and he lost all memory of who he is. When he grows up he teams up with Flute Cop and becomes Axe Cop.

It is a blast and would definitely be a fun read for teens.  I would love to see a team up with Axe Cop and Super Dinosaur. 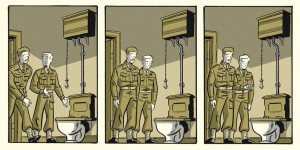 I thought the YALSA list was kind of weak this year, with the exception of Brain Candy drawn by Faith Erin Hicks. I would go with books like Two Generals by Scott Chantler, or Scott Pilgrim Vol. 6 by Bryan Lee O’Malley. 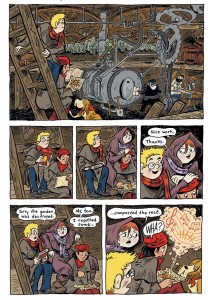 One of the best books I’ve read this year has been the Unsinkable Walker Bean written and drawn by Aaron Renier. It’s a got a very european flavour to it, in that it’s beautifully drawn and packed with three-dimensional characters. The plot is pretty interesting; it involves haunted cursed skulls, sea monsters, lots of cool gadgets (mostly made of wood, take that steam punk!) and lots of action and adventure.

The tone is very Roald Dahlian (I coined the term) in that pretty much every adult character is a crook, idiot or some combination of the two. (with certain exceptions of course.)

It’s put out by First Second which means that it may not have gotten as much press as it deserves (First Second is a great company, but their books come out with very little fanfare!) 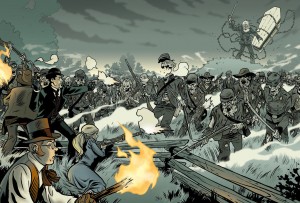 Ugh! Too many of those are still in the to be read pile. Bean looks great as Pete says, I’ve said over and over that 2010 was Chantler’s year, Brain Candy was good, Sixth Gun I did manage to read and enjoyed more than I expected. Her-os I’d say no, and Morning Glories was only so-so to me.

For consistency, I’d go Two Generals, except if we’re trying to encourage and entice teens, then I’d say Brain Candy is a much easier sell. 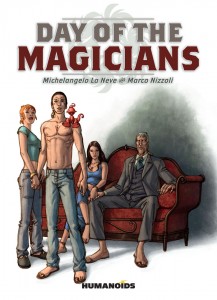 I would choose something outside the “superhero” world as well and go with Day Of The Magicians by La Neve and Nizzoli.  On the surface it’s great tale of magic and sorcery in a modern world, but below that it deals with loss, character, love and commitment.  A great read from Humanoids; they’re consistently putting out superb translated works that are below most reader’s radar.