Today’s Question: “What’s the best comic book that no one is reading?”

The most under-rated title on the racks right now is Stan Sakai’s Usagi Yojimbo. The anthropomorphic animal tale is a perfectly researched look into Japanese history and culture and more people should be picking up this title (or at least the trades).
The main character is a rabbit ronin (masterless samurai) who travels throughout Japan fighting evil lords and demons while encountering all sorts of colourful characters such as the rhino bounty hunter Gen or the assassin team of Lone Goat and Kid.
Yes, there are a number of animal puns in the series, but rest assured that this is not some Johnny DC or Fuzzy Lover book. The storytelling is top notch, death is commonplace (although not too graphic) and each issue is a page turner from beginning to end.
Sadly, because the book looks like it is filled with a bunch of silly animals, and because the book is in black and white, very few people actually purchase it monthly (August’s sales show a mere 3583 copies, while Brightest Day #7 sold 93,459). Tradepaperback sales are slightly better, but this is a real hidden gem out there in the comic book world.
As an end note, it saddens me that July’s issue of Tarot sold about 8000 copies. 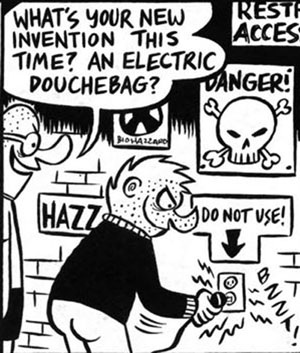 I would have to say that almost anything by Johnny Ryan is amazing. He is crude, tasteless and sometimes induces vomiting. However the difference between his comics and most other comics out there, is that he is intending to be those things.
His Angry Youth Comix are the most enjoyable to me. He has is stock characters often push the boundaries of what is acceptable. But it’s drawn in such a crude charming way, that you can’t help but join in on the fun. When I read his work, I feel like I am in on the joke. It’s a joke that’s being told by a 14 year old with ideas going all over the place and the wildest ideas are flying all over the place. But nonetheless, it’s a funny joke. But be warned, it’s not for everyone. He often depicts all topics that are taboo in mainstream comics such as drugs, sex, booze, etc.Don’t expect to read the next Watchmen or Walking dead or anything that is considered to be “great works of comic literature” But if you want a fun ride and aren’t easily offended, I highly recommend anything by Johnny Ryan. 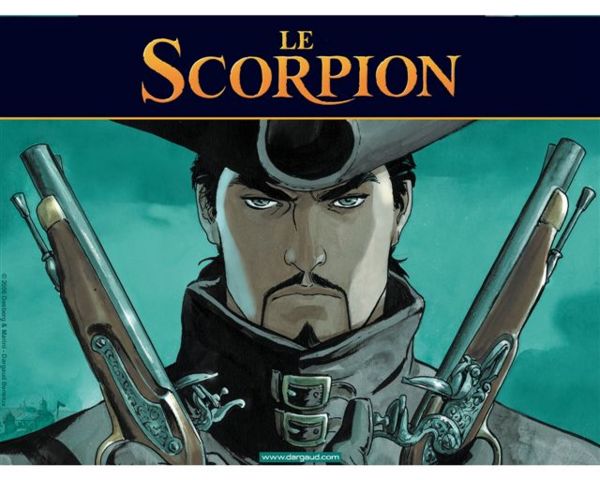 The best comic no one is reading right now is The Scorpion by Enrico Marini and Stephen Desberg.  It’s a European title translated to English by Cinebook; I’ve never seen it in a book or comic store so far in North America, yet every book shop I perused in Paris had a library of them.The Scorpion is a tale of a swash buckling art thief and his fight against a secret society that is controlling Rome through the Catholic Church in Renaissance Europe.  He’s everything a hero rogue needs to be and in European tradition has an overweight funny sidekick.  Well written with witty dialogue and a researched  history.  Art is top notch; smooth lines, beautiful backgrounds and great character design.  You’re hooked after a few pages.

The first book is called The Devil’s Mark and includes the first two 48 pages stories.  Best bet to get a copy is through The Book Depository.; free shipping worldwide.