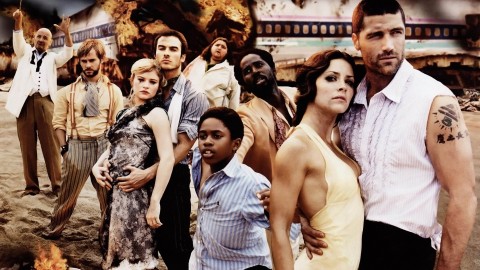 Dear Damon, Carlton, JJ and friends, please can we have a LOST comic book?

The stereotypical nerd-culture fan – for whom this suggestion would cause a desperate drowning in their own misplaced, protective high-horsedness – could easily hide behind  “they should leave it well alone” and “it doesn’t count as LOST material because it’s just a comic”.  While, the open-minded LOST fan would probably happily camp outside the local comic shop to get their hands on a season 7 comic book.  If this actually happened, popular culture column inches everywhere would increase, the International Network would probably implode with the influx of passionate fans — and non-fans — all screaming their opinions across the matrix.  TV lovers in general would also be interested to see where the story could go I’m sure.  Everyone wins.  So, this is a great idea.  I’m a genius.

The way I see it (fictionally) would be to tell stories with the characters whom managed to escape the island on the Ajira plane in the season 6 finale.  Sawyer and Kate — 2 of the strongest characters in the series — plus Claire, Miles, Richard and Lapidas would have to land that plane somewhere  and depending on where that was, they’d have to figure out a suitable, second cover story… this time protecting Hugo, Walt, Rose and Bernard (screw Ben), not to mention the Island itself.  What happened to the original Ajira passengers? why weren’t these new survivors on the original flight? why has the landing gear been fixed with duct tape? etc etc etc.  A lot of these themes would or could echo existing moments in LOST and you’d need to make-lite of that in the dialog to keep the tone of a LOSTy ilk.

These characters would need to re-introduce themselves to world.  The story should be told non-linearly in true LOST form with the ‘now’ moments happening in their lives 3, 4 or 5 or X years after they return to ‘normalcy’.  The flashback element could skip to before, during and after the island, revealing how they arrived into their new post-island lives and how that all unfolded with a big reveal on the last page probably detailing the fate of the Ajira plane.

Kate broke the rules of her legal victory by leaving the State and may be in further trouble with the FBI.  How would Sawyer approach a post island life? Are there repercussions for being deported from Sydney initially?  How does Clementine fit into his life now?  Can he escape ‘the Con’? Will he and Kate have any kind of relationship? Do they work together, living just outside the law? Probably.  How does Aaron fit into all that? How will Claire act around the baby? What will Miles do with the diamonds he took from Nikki and Poalo’s graves? and what will Richard do now that his life has an end-date?  This part of the story could almost be a parody of the actual trouble that the show: LOST suffered amidst the decision to end mid-season 3.   Now there’s an end to Richard’s life in the pipeline, how does that effect a person generally? and how much knowledge of technology and modern culture does he have at all?

Where are Desmond, Penny, little Charlie and Ji Yeon?

What other TV shows or movies do we think should be continued in comics?

Did it work or not for Buffy? 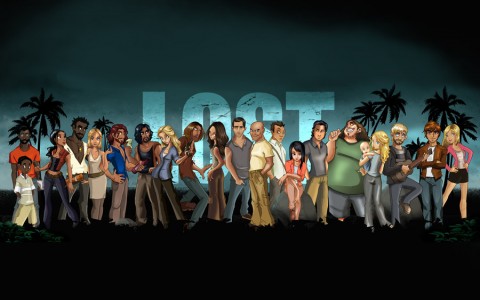