Prior to JJ Abrams’ Star Trek reboot in 2009, it felt to me as though there were 2 distinct groups in the nerdscape.  There were a) those whom liked Star Trek and b) everyone else.

A common shift towards a broader appreciation of Star Trek for ‘everyone else’ occurred at the JJ Abrams intersection in 2009 and in my view, the original Star Trek fans should’ve been thankful for the continued content and heightened interest from civilians in their beloved property… right?  Why fight it?

Star Trek hard-cores initially however, accepted the first new movie with exactly the expected amount of protective resistance, which seems to be quite common among fans of just about anything.

We love our ‘thing’ fiercely and so we fight for it in conversation/debate and when a new creative team is assigned to our thing with a view to generating new content in any form, hard-core fans are often the last remaining social group to even be open to the notion of actually liking it… having probably slept out in order to see it first.

In the case of Star Trek, Abrams’ promptly set about altering the entire existing timeline within the story, while maintaining the idea that the old timeline still exists/existed.  This is equal parts genius and sacrilegious and was of course debated as such in the aftermath, which is perfect.

A good reboot must provide a blank story-canvas for the characters to play in — since there’s no suspense in inevitability — it simply has to feel as though literally anything can happen now inside both the story and character arcs.

In this case, Star Trek is offered a new ‘chance’ as a story… and in return, it’s giving the premise and the creative team a mouth-watering space to quench.  Hard-core fans however are resistant to that, probably because they feel as though everything that happened before now is irrelevant or devalued in some way.  Take the New 52 as a prime example.

The truth is, the new version (of whatever) is the same idea as the thing you know and love, it’s just new, current, of-the-time… and if it’s done well, it’s always as good as the original version and sometimes, it’s better. 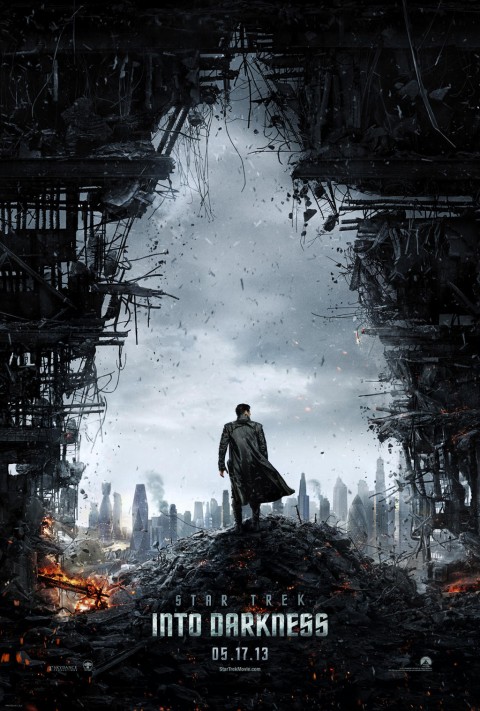 Now that the expectations of the hard-core Trekies are more in line with those of Joe-public-moviegoer (in terms of Into Darkness) it can start to define its own claim on the franchise.  It being JJ.

Star Wars is slightly different because it’s a continuation of the story. It’s not a fictional reboot, it’s a business one.

It’s not simply a retelling of events leading to a familiar conclusion.  There’s no origin story that needs to be updated or recaptured, there’s no fixed expectations.

Say for example if Tobey Maguire’s Spider-man died in his  movies, Andrew Garfield’s Spidey would still exist because… it’s Spidey.  With Star Wars It’s kind of sequential, Episode 7.   That’s quite a unique quality in modern popular cinema and that’s probably due to the Star Wars movies being the primary source of the mythos, with the comics, cartoons and games seen more as a ‘what if’ venture into the galaxy far far away, in my view anyway.

So with the future relatively open for both properties long term, I wanted to explore the idea of the 2 crossing over on screen… and once you’ve read that sentence and taken a moment to calm down, I want to hear your thoughts on this.

What if Star Wars and Star Trek crossed over at the movies?

What would that look like? and who are the best characters to use for such a thing?

Their potential currently resides within the same brain, so their connection is already established.