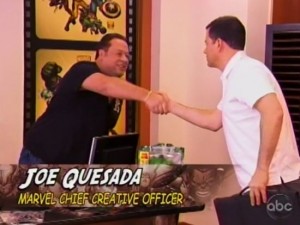 –Quesada made it very clear that MARVEL NOW is not a re-launch, re-boot, re-vamp, re-imagining, re-invention, re-iteration, re-creation, or re-load. He also says it is in no way a reaction to DC’s New 52. So, while it may not be a re-load, that sounds like a REAL Load. 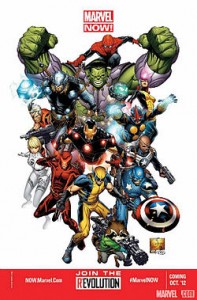 –Up to now, the storylines for the MARVEL NOW line have been kept very secret, but Quesada did reveal a few tantalizing tidbits:

The ALL-NEW X-MEN will be made up of mutants who have never been members of any X Team. The line-up will consist of:

And your cousin Barney with the webbed fingers. 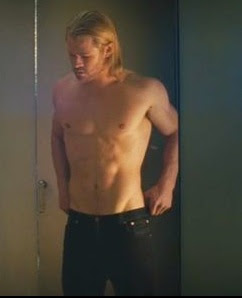 The MIGHTY THOR will show what happens when the ACLU finally gets legislation passed banning the worship of ALL Gods. Losing his deity gig, Thor takes the only job he can get as a Chippendale dancer. The ladies forget all about MAGIC MIKE once they get a load of the HANGIN’ HAMMER. 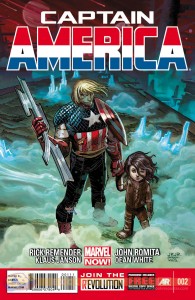 CAPTAIN AMERICA finds himself stranded on an alien planet and has to find his way in a world he doesn’t understand. He meets a cute perky girl named Mindy who makes him give up his stars and stripes for rainbow suspenders. Each issue, Cap learns a valuable lesson about the people of the planet and reports back to his superior, Orson. And instead of “Avengers Assemble” his new rallying cry is “Nanu-Nanu!”

–Quesada’s visit had to be cut short to make time for Joe Delpy and his Musical Hedehog, which meant the most important question remained unanswered: Who is to blame for the awful Jimmy Kimmel’s Career Obit sketch on the Emmys?