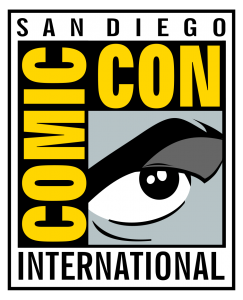 DATELINE: SAN DIEGO- The 2013 SAN DIEGO COMIC CON is finally here! The lineup is one of the most stellar ever presented, but there are more fascinating people to observe at the con beyond just the guest list. KEEP THIS HANDY GUIDE WITH YOU AT ALL TIMES AT THE CON SO YOU CAN WITNESS THESE SDCC ICONS IN THEIR NATURAL HABITAT:

–The MOVIE STUDIO PARKING VALET pretending he’s a producer so he can get laid.

–The DUDE LEANING OVER THE 4 FOR $1 BOX showing so much ass-crack you could give him a prostate exam.

–The COMIC BOOK PUBLISHER who has seen their distribution plummet since their mimeograph machine ran out of fluid.

–The TELEVISION REPORTER who has looked forward to covering this event all year so She can use the words “BAM!”, “POW!” and “WHAMMO!” in a sentence.

–The HOPELESS ROMANTIC who drops down on one knee on the con floor to propose to his girlfriend, whose heart is broken when she does NOT say yes…because she has deflated.

–The GUY WHO LOOKS LIKE STAN LEE shouting out “EXCELSIOR!” at the top of his lungs every 30 seconds, who actually turns out to BE Stan Lee.

–The DEALER SELLING RAZOR-SHARP SAMURAI SWORDS to people who –by and large– are known to be the most uncoordinated people on the planet. 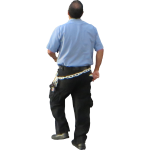 –The SAN DIEGO CONVENTION CENTER MAINTENANCE GUY who has to clean up all the severed fingers around the DEALER SELLING RAZOR-SHARP SAMURAI SWORDS.

–And the MOST POPULAR NEW CHARACTER unveiled at the con, praised for his gritty realism, his insights into today’s modern world, and his relatability to the common man…who turns out to be the SAN DIEGO CONVENTION CENTER MAINTENANCE GUY cleaning up all the severed fingers around the DEALER SELLING RAZOR-SHARP SAMURAI SWORDS.