DATELINE: HOLLYWOOD & WEST VIRGINIA- There’s a new trailer for IRON MAN 3. It is double-length. It contains: A scene of Tony and Pepper in bed; A close-up of Mandarin’s Rings; and a shot of Iron Man trapped underwater.
There is also a new trailer for the MTV reality series BUCK WILD. It is a double-wide. It contains: A retractable awning; Three chemical toilets; and a closet stocked with nothing but Wild Turkey and EPTs. 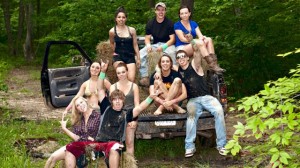 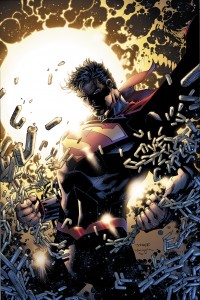 DATELINE: NEW YORK–  As part of Superman’s 75th birthday, DC is unveiling a number of new titles, including a new series about the Man of Steel created by SCOTT SNYDER and JIM LEE. I have learned that the title of the new book is SUPERMAN UNCHAINED. Also in the planning stages are:
–RESERVOIR SUPER-DOGS
–GRINDHOUSE OF MYSTERY
–INGLORIOUS BATGIRLS
–KILL CONGO BILL: VOL. 1 and…
–KILL CONGO BILL: VOL. 2 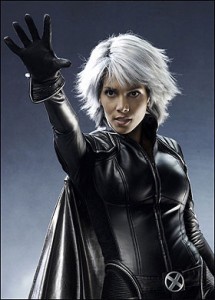