Having been dead for more than a half-century, you can imagine how surprised I was when I walked into my local comics shop to get caught up on my pull list. Where are the new Steve Ditko titles? Why does John Romita’s art look totally different? And what the heck is going on with Thor, Iron Man, and Captain America?

Bob, I don’t know what really happened to Ditko, but I’m sure we can track down a conspiracy theorist somewhere. And your Romita question is more of a generational issue.

But I can help you out on the third question. You see, Frosty, Marvel has revamped those three titles and–

Well, why don’t I give you your answer in a form you are most familiar with: Poetic 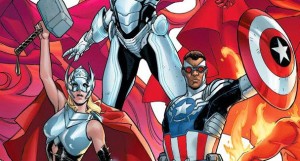 From  races to drinking to sex.

Let’s give them perusal. Acceptance? Refusal?

Depends on the thoughts that come next.

A lot has been hap’nin’ to Steve Roger’s captain.

He got shot, got dead, then got old.

A Dimension called Z where a father he’d be.

(He came back. The book never sold)

Now he is elderly. Can’t sling a shield, so he

Then  chooses to pick a new Cap.

Sam Wilson he chooses for the reds, whites, and blueses

And some really cool wings he can flap. 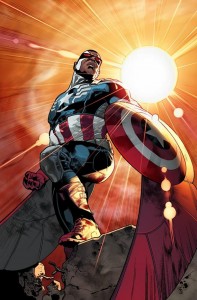 Through the sky he ascends (With some got pigeons for friends)

He’s got passion and courage within.

No matter the shade of his skin.

Iron Man has changed too. Where he was good and true,

Thanks to AXIS, he’s now kind of bad 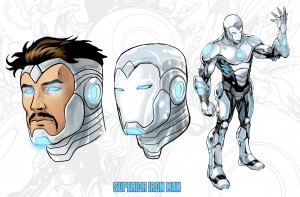 There’s a rumor we hear, that the Man Without Fear

Is now his implacable foe

The Stark Industries boss is sure hitting the sauce.

In San Francisco he now plots

And we have a new Thor. It has changes galore

For this new Nordic defender.

I think this Thunder God has a chest plate that’s odd.

It appears someone changed gender! 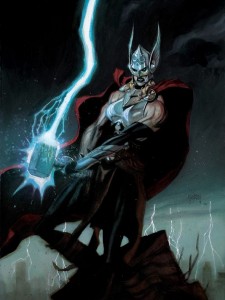 She’s got power, honor (Will Loki hit on her?)

Hammer will clear a path away.

The thing that is striking? She talks like a viking.

It’s not Beta Ray Bill or a frog, if you will.

And won’t that just beat all, to see Thor at the mall