Recently an article here on CBD about the Django Unchained comic piqued my interest, as there was no writer mentioned, just Quentin Tarantino’s name.

No mention anywhere of who wrote the comic, including the credits of the first issue or DC’s website.

It’s hard to imagine any credible reason why DC didn’t list a writer on this, other than to let people think Tarantino himself wrote the comic. Especially to go as far as leaving off the credits on the cover. And while it’s based on his screenplay and uses his dialogue there’s real work involved in taking a written story and adapting it to comic form.

May’s solicitations have rolled around and DC has finally credited the writer who is adapting the screenplay into comic form. 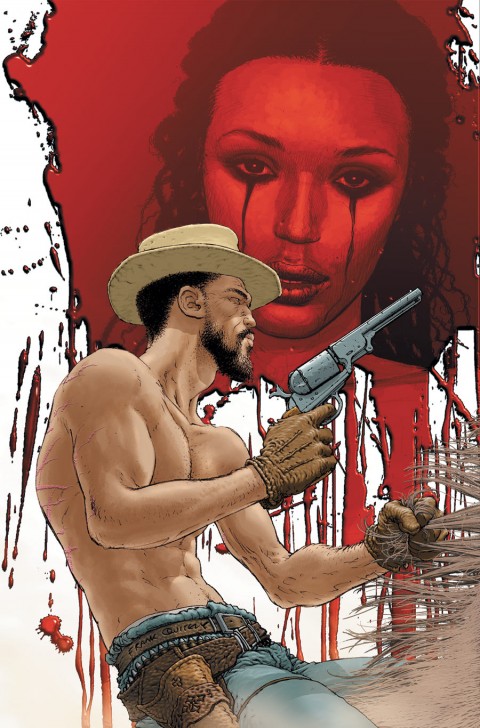 DJANGO UNCHAINED #5
Based on the screenplay by QUENTIN TARANTINO
Adapted by REGINALD HUDLIN
Art by R.M. GUERA and JASON LATOUR

No final cover art was displayed so it’s still a mystery whether the creative team will be listed on the cover. Congratulations to Reginald Hudlin for finally getting credit on a book, five issues into a six issue series. He’s the producer of the film and was recently interviewed by Comics Alliance about this comic adaptation, which was easy to find once I had his name…