I like hardcover books: they feel sturdy in your hand and hold up to frequent reading.  What I don’t like is paying a ridiculous premium for the privilege of this format.

Marvel is a good benchmark for this pricing disparity: currently they charge $25 for hardcover and $15 for softcover collections of the same material.  What are we getting for that $10 or 66% premium: cardboard.  It used to be hardcovers would include extras like interviews and concept art but now the same material appears in both formats: it’s packaged once and resold several times.  Marvel does enlarge the pages slightly on some so you’re getting an extra half-inch or so, but that’s about it. 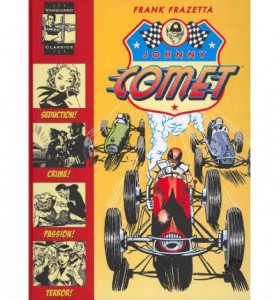 Of course the premium we pay for the hardcover is mostly because that’s the first format the collected material is released in, which is especially odd since it’s already available in individual issues.  Dark Horse bucks this trend nicely with the Conan collections: both formats released the same day, $25 for hardcover and $18 for softcover.  It’s a $7 premium but doesn’t sting as much since the hardcovers are printed once while the softcover stays in print.

We’re also paying for the dust jacket, something no one wants except publishers. 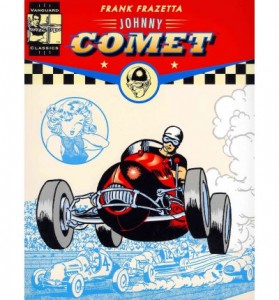 The biggest hit recently was Johnny Comet from Vanguard: same material, 100% increase.  The hardcover was delayed for some reason and it was $50; the softcover was on time and was $25.  They came out one week apart and I ended up paying 100% more for cardboard covers: same material throughout.  Oh wait, they had different cover images.