The big news to me this week was that My Little Pony: Friendship Is Magic Issue 1 has hit 90,100 advance orders through Diamond; I was also amused that Rich Johnston has access to Diamond preorder numbers but that’s not our focus today. That simple news item was then embellished and pontificated upon across the internet, giving credit to Bronies and other nefarious groups. This tweet from IDW has been cited repeatedly as confirmation.

Well, the news is out, amigos. Comics are magic and MY LITTLE PONY #1 is a hit! http://t.co/iuGMzj4d

I don’t see mention of the number in that, do you? Anyhow, what’s striking is that comic shops have committed to that large a number of a comic that has the potential to sell outside the comic market. The key issue there is that those young girls and moms aren’t normally wandering their local comic shop looking for new all ages material. Unless IDW can market this book outside the normal avenues it’s not going to hit that magic audience.

My daughter has a large collection of the toys and enjoys the cartoon so I can see this being a hit, but in a digest format selling at the local grocery store, not as a standard size $3.99 comic. And IDW is offering the book in six different covers, plus subscription and 1-in-10 variants and a slipcase version for $24.99 containing all six standard covers. Who exactly is IDW marketing these to anyway? 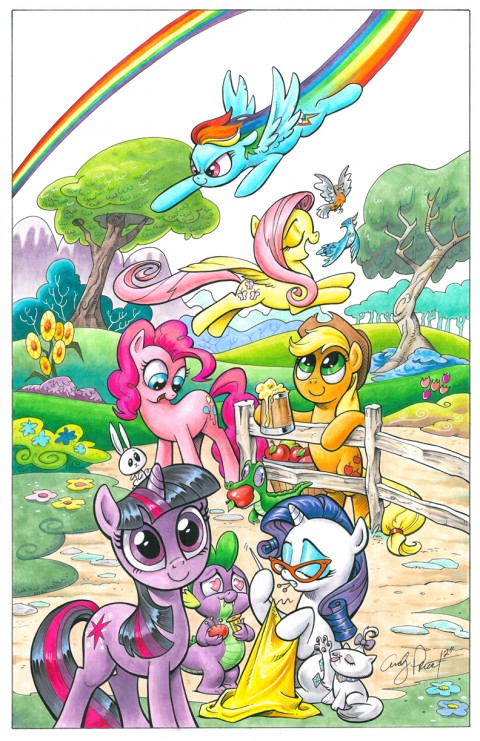 I hope that’s a frothy rootbeer…