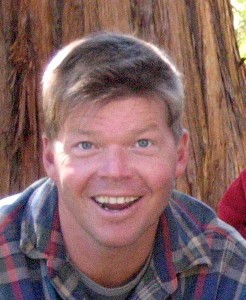 I kind of sat on this one for a little bit; surprisingly no one really wrote much about it.

Rob Liefeld was prompted on twitter to explain the status of his Kirkman penned Killraven series which lead to a back and forth between Liefeld and Marvel Editor Tom Brevoort. The end of the fight looked like this.

Tom: You put all of the colored pages into our hands and I’ll publish them, how about that?

Rob: 5 issues fully penciled and paid for @TomBrevoort how many series are fully pencilled in the drawer at the HOI? That is not your criteria for any of your other titles @TomBrevoortmore bullshit. Are there 5 colored issues of all your new books? So Marvel needs 5 issues fully colored in order to solicit comics?? Bwaaahahahahahaha!!! Anyone know if Silvestri’s Hulk has been solicited???? Those 2 issues are not INKED much less colored!!

Robert Kirkman then stepped in and asked the boys to play nice and take the fight off the public forum. But he did side with Liefeld, noting the double standard for Rob is indeed correct, many books have been solicited with much less material.

Now from what’s hard to tell is the dispute here. It seems like Brevoort is under the impression they don’t have all of the pages while Liefeld says everything is done.

Now before you read the rest of the column, I want to make a few points clear.

I do not work for Marvel Comics. I know a few people there but I wouldn’t say I’m buddy buddy with anyone in particular. Yes, I would love to write comics for them but to be quite frank, I’d also love a crack at DC or another publisher that will be mentioned in a minute.

Point number two, I’m a fan of Rob Liefeld’s.  I’ve said it numerous times in these columns that for whatever reason, I like his style. X-Force #1 was what brought me back to comics to be a regular reader. I own a complete set of the original Youngblood run. If I had a chance to write a run on Youngblood or with some of its characters, I would jump at it.

Those things being said, Rob, look at your track record. If you were Marvel, would you solicit anything by you until it was completely in the drawer? 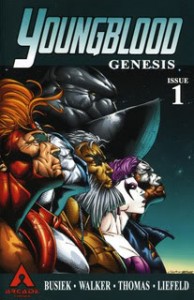 And these are your own books Rob.

And these are only a few of Liefeld’s “Where are they now”. What about all the lateness in the original run of Youngblood or other books.  Keep in mind, I’m only counting the ones I know I for sure I can blame Liefeld for lateness or non-existence. I also didn’t include any online comics that suddenly disappeared.

And to be fair to Liefeld, I don’t think he’s the only artist who deserves this treatment. I can name half a dozen other artists who I’d throw into the same spot. And maybe in some ways, Marvel is being unfair but I can say this honestly as a fan of Liefeld’s: I’d actually pick up a comic he drew if I knew a substantial part of it, say six issues, were completed and at the publisher’s office.

It’s probably the main reason I haven’t picked up Hawk and Dove #1 yet cause Lord knows I want to. Yes, I know, supposedly the third issue is in the can but honestly, I’ve heard that from so many artists so many times that I’ll believe it when I see six issues come out on time (I’d even give a week or two).

To be complete fair, there are a number of artists that I’d treat the same way and if I were a publisher I’d have to take a hard look at. Rob’s former company mate, Jim Lee is another example of a guy I would not bother to buy a floppy from because I know by issue three, the series will be  going to be late. Yes, I’m fully aware Jim Lee is a head at DC but it sets a bad example. Bryan Hitch is a third. And to go with Liefeld’s point, Mark Silvestri should definitely have a lot done before solicitation.  And there are tons more.

I know both Marvel and DC have started using rotating art teams on books where they know an artist takes time and I think that’s a perfectly viable alternative to being late. There are many artists who know they can’t do a monthly and they’ve figured out various ways of getting around it.

But hey, maybe I’m in the wrong and if anything, I’m more than willing to hear both sides of the argument. Rob Liefeld, if you some how read this, feel free to comment below and we can discuss this further.