Last week, Ed Campbell wrote a rather intriguing article about the television show The Big Bang Theory and how it has kind of thrown more light on the stereotypical version of a comic book fan.

I thought for my part, I would shine the light on a few famous comic book fans that don’t fit this stereotype. Anti-Sheldons if you will. People who are somewhat recognizable and that you might not think would be a regular comic reader but are.

So to start things off, let’s being with guys who beat people up. 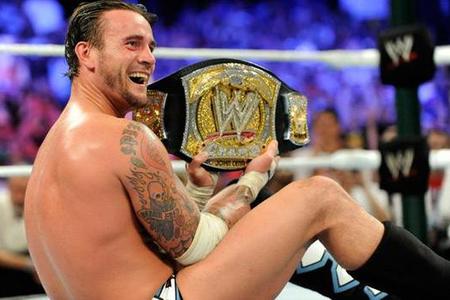 As regular readers know, I’m a fan of pro wrestling, have been since I was a kid. If you took a look at it, my fandom probably comes as part of my love of comics. Pro wrestlers are very much like real life comic book characters; they tend to be colorful, outlandish and do things you would never attempt to do in real life. Yes, it’s very much choreographed but these guys tend to be tough SOBs. A lot of them are on the road around 300 days a year.

And a lot of the wrestlers are fans of comics.

CM Punk is currently the WWE Champion and is one of the best pro wrestlers in the world; good on the mic and incredibly gifted in the ring, he often comes down to the ring by yelling “It’s clobberin time!”

A comic book fan going way back, he tends to follow creators that he likes (Brubaker and Azzarello for instance) as opposed to actual characters. He also has no problem sharing his fandom whether it be through his tattoos (he currently has two GI Joe tats) or his twitter where Punk will occasionally tweet photos of his latest comic purchases. He even managed to further a storyline angle by interrupting a WWE toy panel at Comic Con.

And he isn’t alone. WWE wrestlers Daniel Bryan and Kofi Kingston are also fans. Bryan recently revealed that some of his new ring gear was designed by the lovely Jill Thompson of Sandman and Scary Godmother fame. 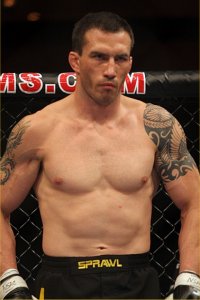 Nate is a UFC fighter.

Which means he could almost assuredly beat you up very quickly. He once got tired of an opponent avoiding him in the cage so he began to do the Running Man in the octagon to mock his opponent.

Quarry is probably best known from his appearance on the first season of The Ultimate Fighter, the show that helped catapult the UFC into the mainstream and is a big fan of comics and video games. Looking at the man who is now in semi retirement but could still punch your face into mush while eating a sandwich, you wouldn’t think comics would not be his thing.

Not only does he love comics by other people (last noted he was a fan of Brubaker’s Captain America run) but he’s hoping to start his own as part of his world domination plan, Zombie Cage Fighter clothing (and much more).

I had a chance to interview Nate a few years ago and not only is he a fan, he’s trying to pass it on to his young daughter. He related to me that he bought a few all ages books to share his hobby with his little one. 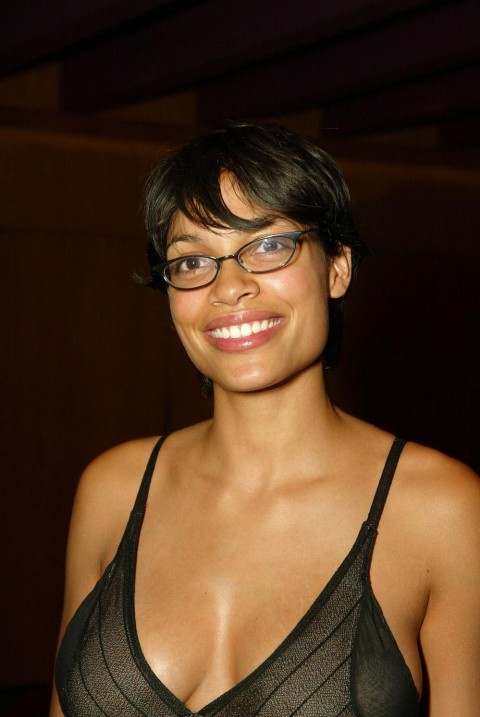 A beautiful woman who has been in her fair share of hits including Rent, Seven Pounds and Sin City.

And she loves comics.

Growing up with an uncle who dabbled in comic art, Dawson is a fan of Alan Moore, Neal Gaiman and David Mack. She  has also done voice over work on the animated Wonder Woman film and live action work in Sin City.  She also worked on a comic of her own called O.C.T. . Not much work has been done with it in the past little while but you can tell by her twitter that she still keeps up with the comics world. 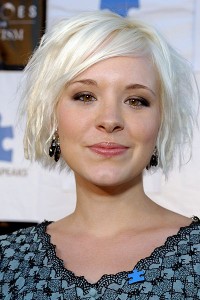 Brea is another actress who may or may not fit your comic book stereo type but I thought I’d include her.

She’s been acting for a while with a ton of smaller roles but us nerds would best remember her from her stint on Heroes (before it really started heading downhill) as Daphne Millbrook, the cute little speedster with an interesting past.

Since Heroes, she’s done a number of acting gigs (recently a stint on Dexter) but she fell for comics as both a medium and a way to shop around film ideas. Brea and her brother created We Will Bury You, a zombie book in an alternate past and from there, Brea wrote for the Suicide Girls comic. 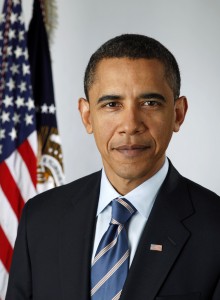 Details are a bit sketchy but it’s pretty much assured that Barack, leader of the US of A is a comic book fan. Before anyone mentions that Barack could be considered a typical nerd, Barack runs the US, plays basketball and reportedly can bench 200 lbs. So much like Nathan Quarry, he can probably kick your ass… and then order the Secret Service to dispose of the body.

He is apparently a fan of Spider-Man and Conan (although confirmation of which eras of these characters is still pending).

BUT it should also be noted that Barack commissioned Joe Quesada, Marvel’s head man, for a piece of art.  Joe confirmed that much of the story but wouldn’t reveal the nature of the piece as he felt that Obama had commissioned it as a private citizen and therefore it was nobody’s business but Barack’s.

I’m betting it was a reproduction of Amazing Fantasy 15’s cover with Barack instead of Spidey and he’s hauling Joe Biden.

My very good friends at Nerds With Guitars have started a Kickstarter in order to fund recording an album. If you like Kirby Krackle, these guys are definitely for you. With a range of incentives at various prices, it’s well worth taking a look and donating. Click HERE for more info!