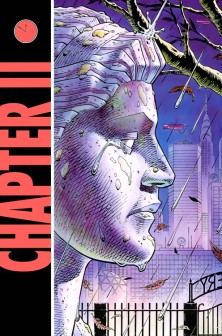 If you think you’ve read this particular column before, I wouldn’t blame you. I first covered rumors of a Watchmen sequel/prequel nearly two years ago (Scott: previous column).

At the time, there wasn’t much attached to idea in terms of names attached (Grant Morrison was a lead suspect but to be perfectly honest, at the time he was writing a lot of things so it isn’t surprising) and my column more focused on the idea or who gets say so over a character/project.

And now the latest rumor kinds of brings some of that all back for discussion again.

According to Bleeding Cool (Scott: here’s the article), the latest round of Watchmen spin offs appear to be headed by Darwyn Cooke with many others joining in including Dave Gibbons who was one of the creators of Watchmen.

An issue I pointed out last time rears its ugly head. While I still won’t go back on my thought that Watchmen does not need a spin-off of any sort and is pretty much fine the way it is, I will stand up and probably be yelled at for this…

Dave Gibbons should be allowed to do whatever the hell he wants with Watchmen.

Dave’s art is integral to Watchmen and while he didn’t write the book, he was an incredibly close part of the creative process. If this rumor has any legs to it, people should let him have a go of it.

I don’t think it’s a great idea but I think Dave should be given the same fair shake Alan Moore would be given if he returned to the characters.

Although most of us wouldn’t notice that as we’d be too busy throwing snow balls at Satan’s head to care.

I’m sure if the project does come to fruition, Alan will say something about it. Which is his right as a creator of the book. But I always get the feeling that Alan feels the book was all his but was stolen from him underhandedly.

Unfortunately, he signed a contract stating that DC owned it until it went out of print.

Moore has said this in many interviews and feels that DC never intended for the book to go out of print hence his disinterest in the project.

But Gibbons, however, has always flirted with it.

I also know that if this project exists a lot of people will be very angry about it.

But maybe it’s my age creeping in and my anger is mellowing but guess what kids, comics have been doing this for ages. The lion’s share of the super hero comics you buy every week as based GASP on someone else’s work. Hell, the character’s in Watchmen are loose interpretations of the DC owned Charlton characters.

Would it be as good as Watchmen?

Probably not but that doesn’t mean there won’t be a good story out of it.

This is all assuming that it even happens. Let’s be honest, we’ve heard this rumor before and nothing happened. There was a an anniversary edition that never happened. The closest things we’ve got to new Watchmen was the re-coloring a few years ago and the film.

So I guess in short, Watchmen 2 (or 0 ) may happen: it has every right to happen if Dave Gibbons is involved, it won’t be as good as the original, don’t hold your breath or get you boxers bunched about it.