Generally speaking, people come to comics by way of art, but stay for the stories. Art is immediate, stirring and personal. Many artists have their beginnings or have been influenced by comics in some way, but not all artists pursue a career in comics. Here is a short list of some of my favourite comic book artists… not working in comics. 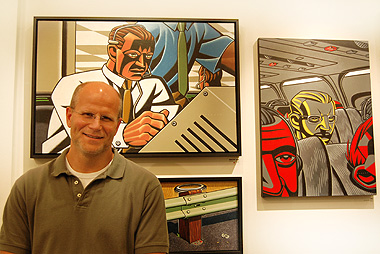 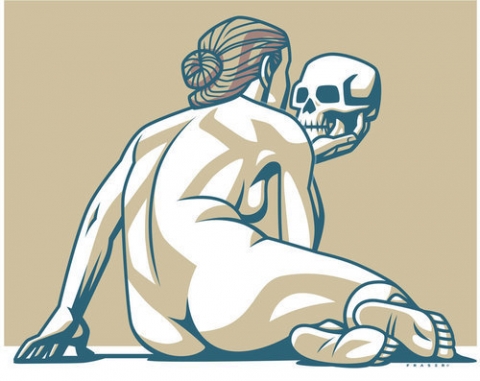 A graduate from the Alberta College of Art & Design, Doug Fraser’s client list extends down the length of my arm and beyond. He’s done work for all the “who’s who” in the magazine and corporate world, including Esquire, New York Times, Penthouse, Fortune, Air Canada, Coca Cola, IBM and top memory chip manufacturer Kingston. His style is distinctive, using heavily sculpted outlines filled with flat colours that combine to create the illusion of form. Often, his figures are faceless or deep in shadow conveying feelings of melancholy. He is one of the few illustrators who have been successful at transitioning from traditional paints to using the computer as a tool… and interestingly, his vector interpretations has freshened up his signature style. In recent years, he’s been doing more gallery work, proving that he is more than a commercial artist. His personal work demonstrates his ability to communicate deeper concepts that stir… and yet, somehow maintain aspects of his commercial style. Fraser has dabbled with the comic book form and I was lucky enough to find a copy of Mort Grim, a self published comic by Ad House Books that’s reminiscent of Ghost Rider. 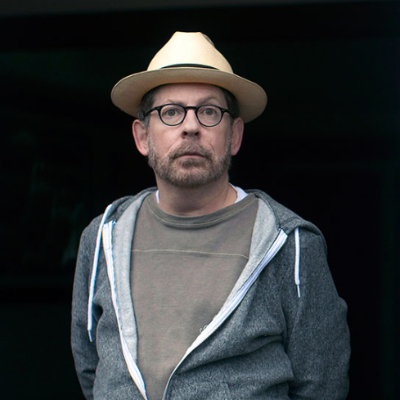 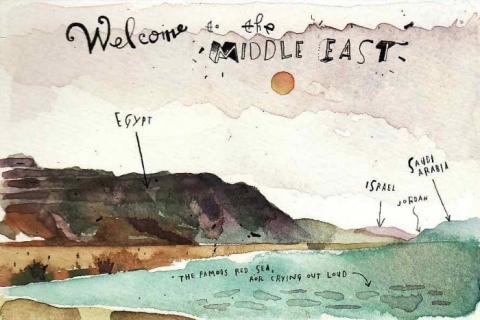 Barry Blitt is a fellow OCAD alumni who has become very successful with his pen and ink drawings, tinted with colour washes. Most artists doodle to keep their hand occupied, but Blitt has turned his doodling into a style, adding detail and letting the proportions of his drawing naturally evolve into a distorted impression of his subject. He currently works in the New York and is best know for his political illustrations in the New Yorker. Aside from his many contributions to magazines like the Rolling Stone, Vanity Fair and the Atlantic, Blitt has also worked on children’s books, book covers and even an SNL skit. I met him once but I didn’t feel he was very nice to me. Perhaps I caught him on an off day. However, I think his work is great. Blitt’s work has humour, appears uncontrived and is super intelligent. One would have to be up-to-date on current events to understand his political humour. He’s won lots of awards and was honoured by the prestigious New York Art Directors Club. I think his best work feels spontaneous and I enjoying seeing accidental ink splats in his work. 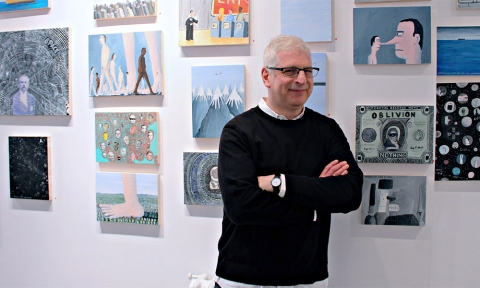 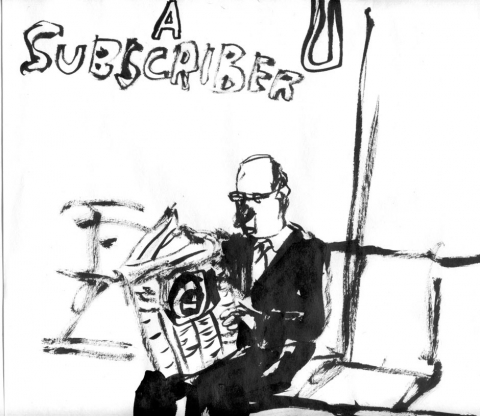 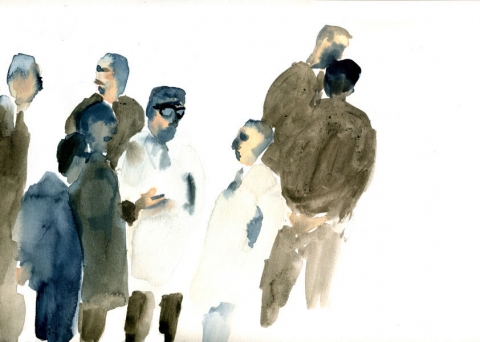 Gary Clement is a local Toronto cartoonist who seems to have fallen in to political cartooning as well. Looking at his recent commercial work, it’s easy to see the relationship his current work has to that of comic books. Clement has done work for all the major editorial outlets such as the New York Times, the Wall Street Journal and the National Post. He’s also written and illustrated two successful children’s books winning some awards along the way. However, what turns me on about Clement is his rough and scratchy work that appears unpolished and anti-aesthetic to the untrained eye, which is very difficult to sell in the commercial world. Not surprisingly, I couldn’t find a lot of his rough work online but I remember the impact of seeing his original scratchy ink drawings back in the day. It was deliberately crude and refreshingly original but probably a lot easier to pay the bills with his more recent approach.

If you’re a conscientious person, at this point you’re probably thinking… what’s up with all the white guys? As a society, we’ve come far but if you’re aware of the stats then you know we’ve still got a long way to go… 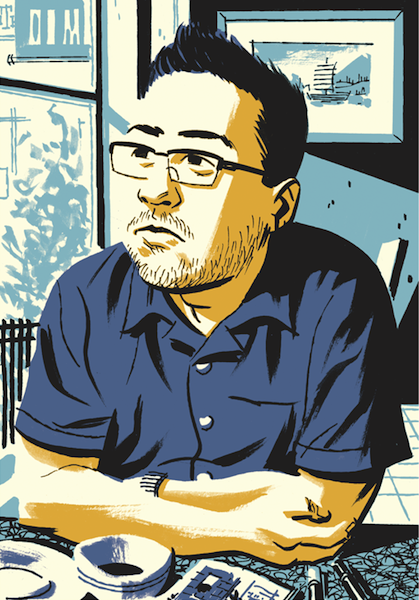 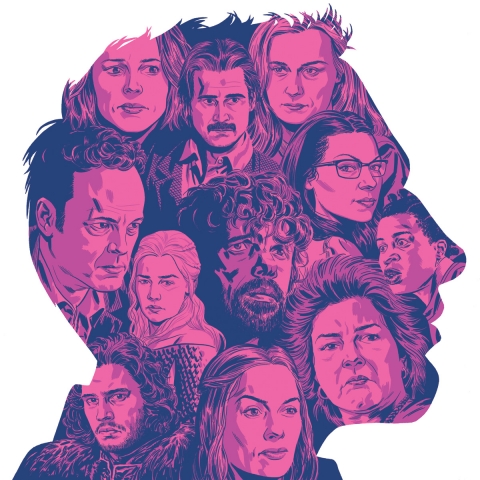 Michael Cho is a fellow Korean compatriot, as well as an OCAD alumni. As a comic book reader, you should be aware of him because he is a guest artist from time to time, providing back up and cover art for both Marvel and DC. Cho is in the beautifully ideal position of having one foot in the world of comics and the other in commercial illustration. Influenced by the likes of Jack Kirby, I think that Cho is an important study because he is one of the few who have been successful at translating his comic book style to commercial work. Back in 2012, his original paintings were exhibited at a small gallery here in Toronto at 129 Ossington Street (these guys really need to get a better name) from which came a catalogue/book called Back Alleys and Urban Landscapes. Most recently, he published his first self produced graphic novel titled Shoplifter. His work can be seen regularly in the University of Toronto’s Alumni publication and he continues to freelance for Marvel and DC. 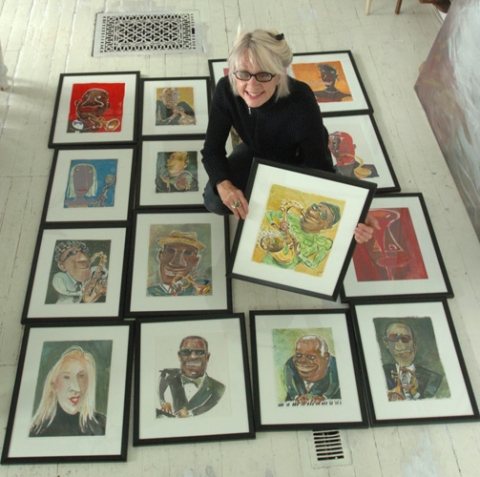 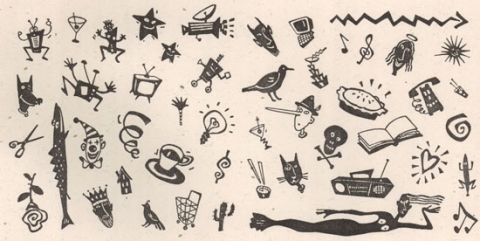 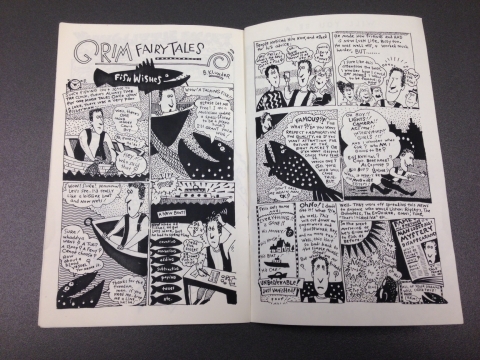 If you lived in Toronto throughout the 1980’s, then you’ll be familiar with Barbara Klunders work. Another OCAD graduate, at one point her work could be seen all over trendy Queen Street, most notably at the now defunct night club the Bamboo. Barbara Klunder has a very versatile style that defines the illustration boom of the 80’s. Along with a handful of other illustrators and designers, many represented by Reactor, they defined the funky sub culture of Toronto during this period. In addition to her commercial work, Barbara Klunder lectures, teaches, creates textiles, logos, fonts, books and is often featured in galleries. However, it’s her graphic illustrative style that I know her best by and she could easily have pursued a career in independent comics. However, my sense is that it’s difficult for her to settle in just one medium and she seems to enjoys applying her design and illustrative sensibilities in unpredictable ways… such as rugs and paper cut outs.

I can be supportive of local endeavours and demonstrate loyalty when it’s warranted but this was not the intent here… well, not initially any way. The fact that four out of the five illustrators I’ve selected happen to be OCAD alumnus may be the result of a deeper trend or subtext but I personally don’t have any ties to the art school. However, as I was forming my list, I realized that so many of my favourite creatives are Canadian, so I decided to follow through with this theme because Canada produces amazing talent but is often unrecognized for it. Toronto in particular is a hot bed for photographers, painters, architects, designers, illustrators… and comic book creators. Folks, we’ve got a thriving community here up here and if our economy ever catches up, everyone else in the world would know it as well.