Not too long ago, Marvel released a set of connecting variant covers for their Civil War II mini series. These caught my attention because:

1. The Art: Clearly Asian, somewhere between traditional brush painting and manga.
2. The Design: Minimal, with no title, numbering or the publishers insignia. 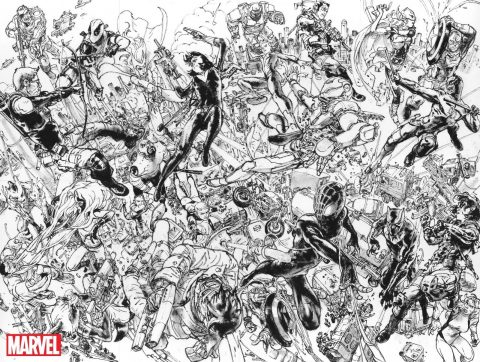 Out of curiosity, I picked up a copy, bagged it and never looked at it again. I considered collecting the whole series but the thought of running around town, chasing a series that ultimately did not interest me just to pay a premium for the cover alone didn’t seem appealing. Recently, while browsing the art channels on YouTube, I stumbled upon an artist that blew my mind. Fellow Korean compatriot Jung Gi Kim… and yes, he turned out to be the same artist who Marvel had commissioned for the Civil War II connecting variant covers. 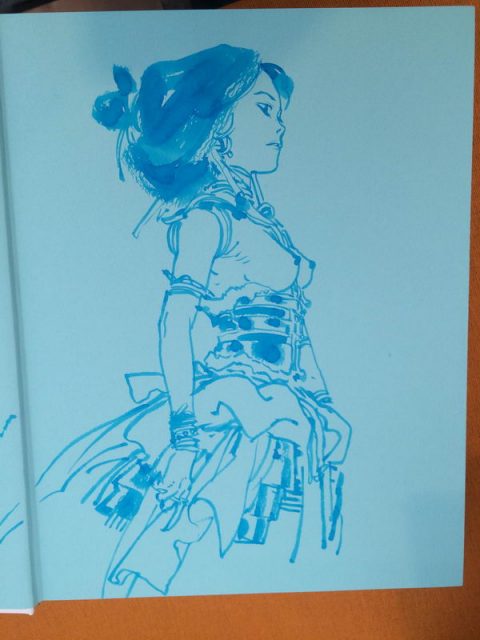 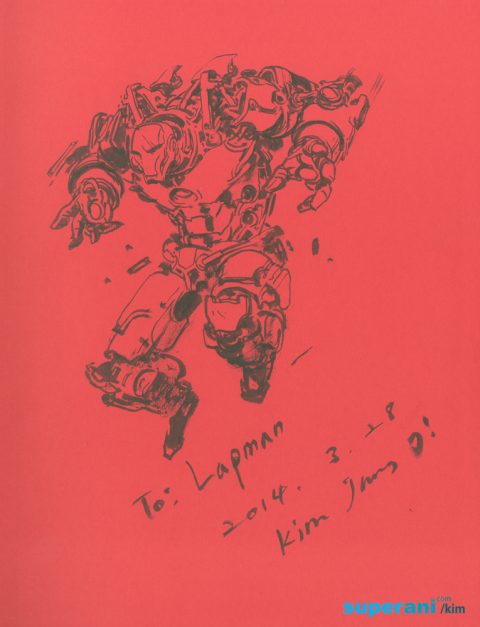 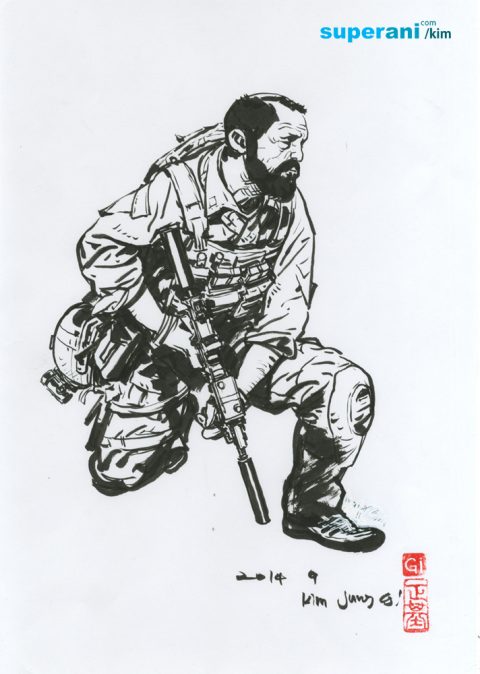 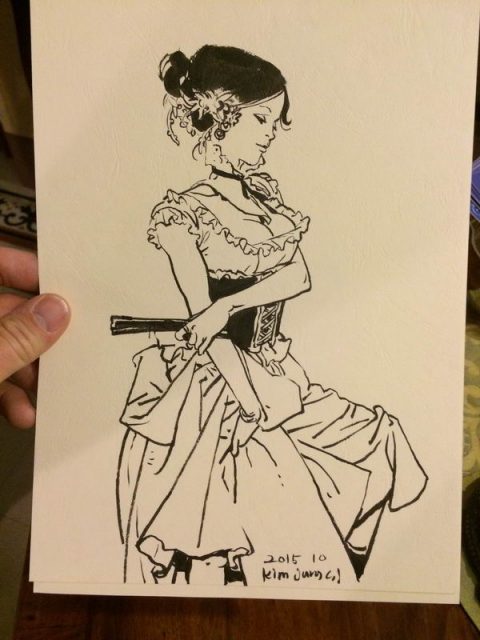 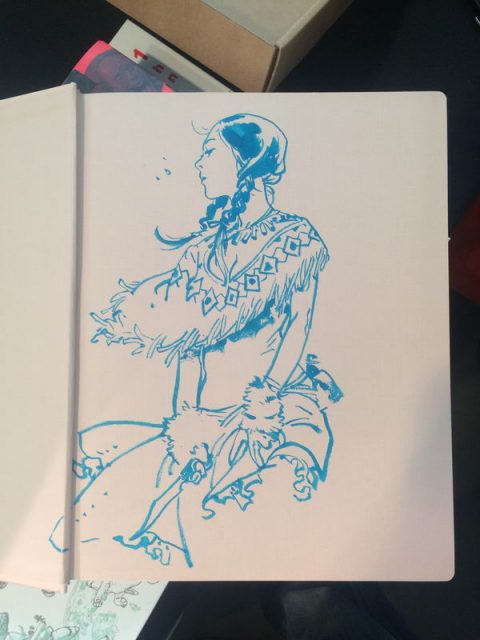 I had never heard of Jung Gi Kim before and I don’t know much about him beyond what can be gathered online. But based on his approach and looking though postings of his sketch books, I suspect he is someone who has always kept drawing throughout his life. As it is in sports, anyone who starts at a young age and keeps exercising their muscle, over decades they are naturally going become good, so no surprise here. As well, over the years the comics world has been host to some spectacular artisans, from Neal Adams to Bernie Wrightson and everyone in-between. So, what makes Jung Gi Kim so special? 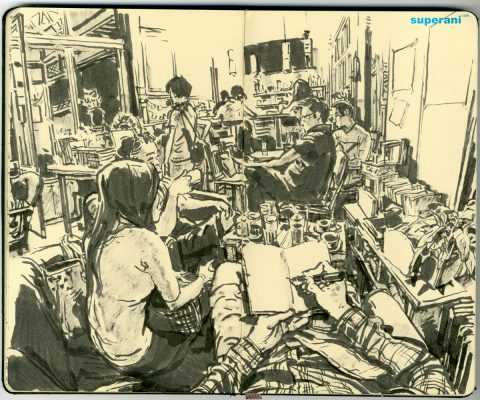 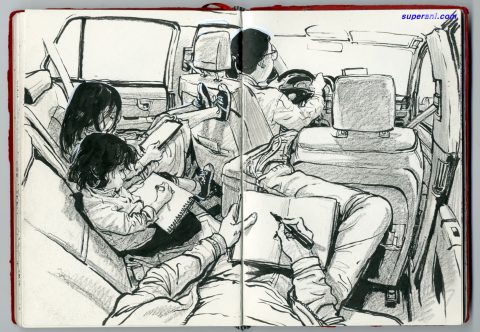 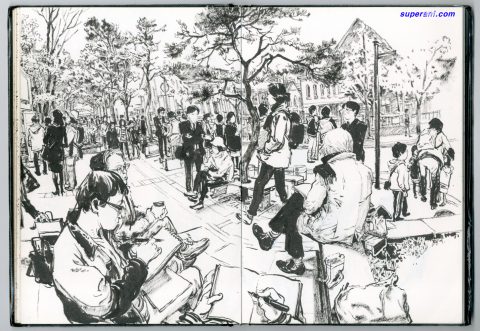 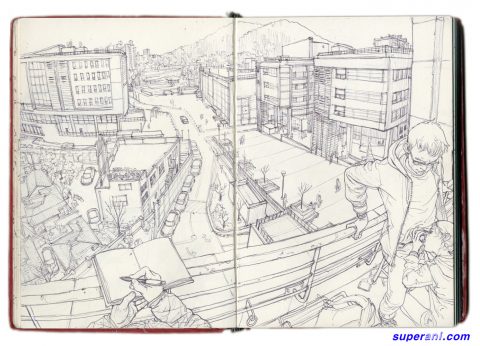 Ultimately, you either like a person’s style or not… and despite being Asian, I don’t follow manga or any particular genre of style for its own sake. I feel that classification is necessary but it also carries with it preconceived ideas. I feel that this may be the case with Jung Gi Kim, meaning that some people may be quick to dismiss his work as being simply “manga”. At the heart of his work is a basic love of drawing, and he appears to have mastered drawing everything within his field of vision, often resulting in a curvilinear or “fish-eye” perspective. This in itself is interesting but that’s not all. He has an incredible memory for detail. He draws figures, uniforms, buildings, animals and mechanical models… such as motor bikes, helmets and even the car engine, all from memory. When you look at something so often and become very intimate with a particular subject matter, again, it’s no surprise that wildlife painters can draw animals really well or that comic illustrators have a deep understanding of the human anatomy. But Jung Gi Kim pulls all of this out of his head without reference… and to me, this is astonishing. 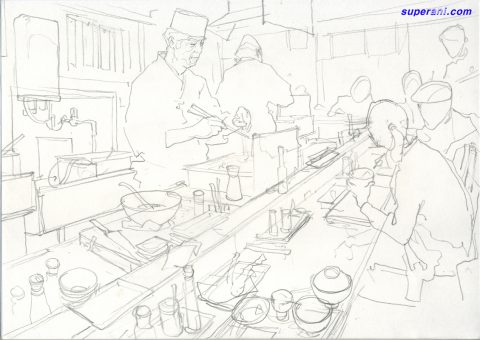 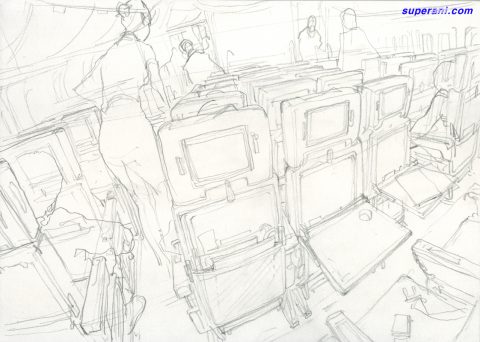 Most artists plan out their work. Painters do sketches and compose their canvas, comic illustrators do thumb nails and use construction lines to breakdown a page before applying detail. However, when Jung Gi Kim is in “beast mode”, he’ll go from ink to page directly, fleshing out a full scene that incorporates a slew objects… all from memory, with incredible accuracy and detail. He is also able to jump from one area of the page to several others areas, without any planning. The whole scene eventually comes together in relative scale and proportion, all the while maintaining a “fish-eye” perspective. I don’t think it’s hyperbolic to say that this is just incredible stuff! 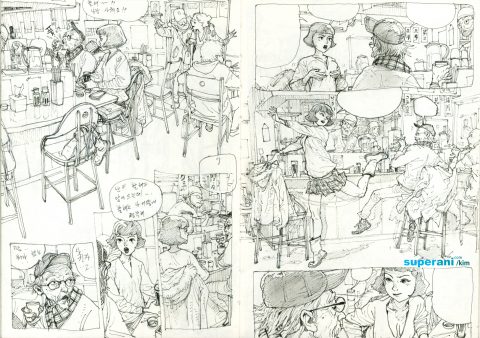 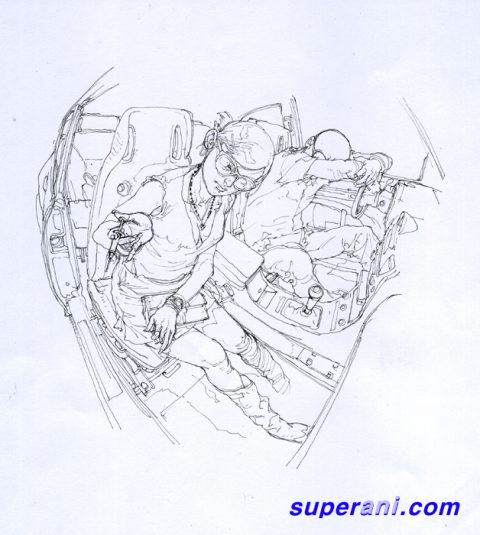 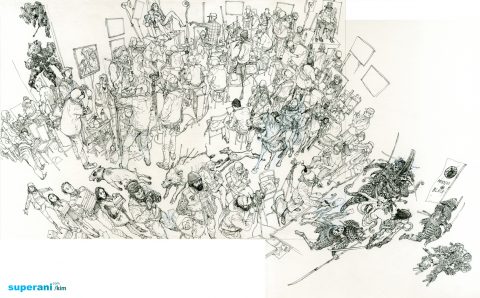 I know that Jack Kirby is a favourite among the CBD audience, and not to take anything away from the King, I like to think there is room in our stomachs to sample other flavours. Whether you like manga, Asian styling… or not, hopefully the fundamentals of what Jung Gi Kim is able to demonstrate can be appreciated. I know nothing of the man, but his art is an inspiration. 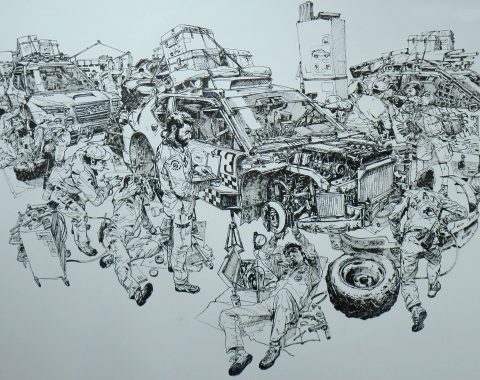 As a side note, I noticed that Jung Gi Kim often uses brush markers, which have really become popular over the years. Back when I was in school, there was only 1 or 2 felt tipped options available. Today, there’s a plethora to choose from at various price points. I don’t make money from mentioning this but I did want to share this link for any one who felt inspired and wanted to try them out. The linked site provides the largest selection of brush tip pens I could find. I picked out the pens I wanted, however, I actually ended up ordering them Amazon, who were slightly cheaper. Speaking of being inspired, I was so excited by Jung Gi Kim’s work that I decided I wanted to start drawing again, and so I opened up an Instagram account. I hope to post a couple of sketches each week. I’m not an artist and I have no serious ambitions of becoming one (so be gentle), but I do like to draw and it is one of the ways in which I hope to connect with my kids who are becoming more aware of social media. It gives me a reason to keep drawing and use up my kids Crayola markers that are strewn across the house so that they don’t dry out and go to waste. Feel free to take a peak, but be warned… expect lots sketches of my kids ^_^ 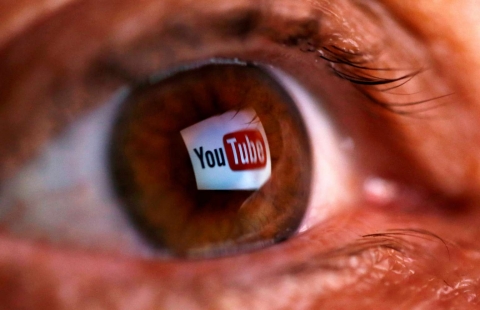