Spurred on by watching the documentary ‘Talking with Gods” about Grant Morrison, I recently started to re-read The Invisibles.

It makes more sense now than it did my first read through – and no drugs were needed. It’s a mind state comic, you have to read everything but not really take anything at face value. It’s a long way from the ‘every-word-matters’ Morrison that wrote The Return of Bruce Wayne or the rest of the Mexican Train that was Batman & Robin.

I wonder if this has to do more with the fact that, according to Cameron Stewart, he usually sends detailed issue outlines without dialogue, allowing the artist to design the page and laying essential dialogue afterwards.

Similar in scope to what Stan Lee did, but y’know, trusting the artists sense of storytelling.  It’s especially evident that he’s forsaken using caption boxes in some stories.

I really don’t know what Morrison’s scripts are like and if there’s anyone out there that has access to some of his new ones and some of his old ones I’d love to see them. I’ve managed to read quite a few comic book scripts and it seems like everyone writes them differently. The ones that seem to speak to me the most are by guys like Brian K. Vaughan and Neil Gaiman, whose styles are quite different, Gaiman is more conversational. Vaughan is more focused with dialogue, setting up each page as its own four act structure, usually ending each ‘act’ with a pithy line or joke or something.

I know that talking craft is probably boring to most people, but I think I’m going to try to interview as many comic book writers as possible this year and talk to them about what their process is in regards to writing.

Unlike screenwriting there doesn’t seem to be any rules to obey. What’s frowned upon? What’s encouraged? 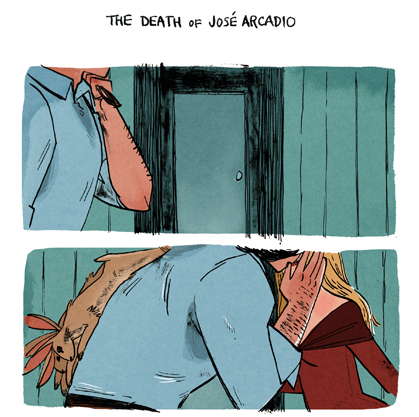 I‘d like to toss a big thank you to Kevin Boyd for pointing me in the direction of Emily Carroll. Holy shit is she talented. There’s this sequence she’s adapted from Márquez’ One Hundred Years of Solitude (specifically ‘The Death of Jose Arcadio‘) that is absolutely breathtaking in its sequential narrative – that begins with a stationary ‘shot’ that then tracks a tiny thread-like trail of blood through the village.

Pretty damned cool. Just so you know Madame Carroll anything you put out I will purchase.

I’ve been putting all my Joe Sacco books next to my bed in preparation of something. I think the travel bug has hit me and I feel the need to experience something different. Sacco’s books tend to humanize areas that are currently being painted as being dangerous and inhospitable by the media. 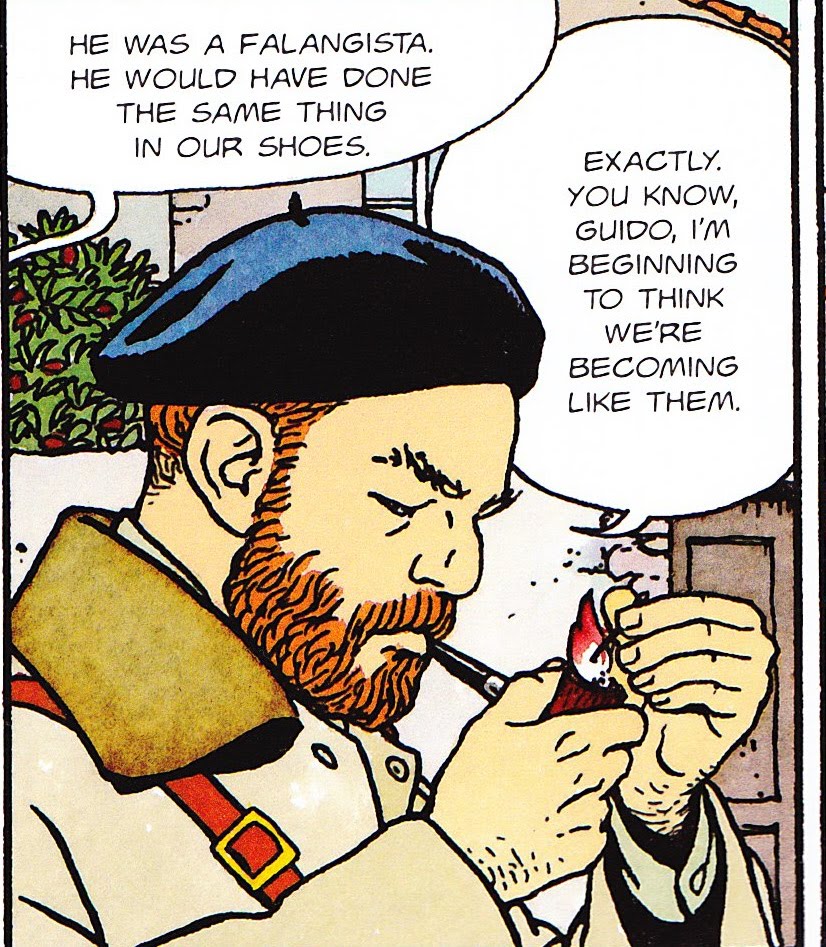 Anyone here know good books for people who want to read about real-world places that aren’t North America? I’ve managed to track down most of Vittorio Giardino‘s Max Fridman – and am always looking for something in that vein.

At what point do you have to stop asking for people “…to recommend you things like” before you have to make them yourself?