So the DC Comic Solicits were released yesterday to a big underwhelming thud.

It’s not that there weren’t any interesting ideas shown; see the wonderful solicit for Wonder Woman. It’s just I’m underwhelmed with a sense of not caring. I think my main problem is, for the most part I’m only seeing four – maybe five writers whose voices I feel are incredibly unique.

Back in film school, we learned about ‘auteur theory’ – which as Wikipedia puts it: “auteur theory holds that a director’s film reflects the director’s personal creative vision, as if they were the primary “auteur” (the French word for “author”). In spite of—and sometimes even because of—the production of the film as part of an industrial process, the author’s creative voice is distinct enough to shine through all kinds of studio interference and through the collective process.”

Morrison, Lemire, Snyder, Simone and Azzarello. These are people who I feel are Auteurs in comics.

I’m not saying that the rest are terrible writers…what I’ve read of Kyle Higgens has been pretty fantastic and Peter Milligan is one of my favourite writers when he’s on. It’s just a lot of the writers presented seem to be basic journey men. People who are presented with a status quo maintain and story beats to accomplish. Obviously I don’t know that this is the way it’s going to be, but it sure does feel that way.

There’s a story out there about how when Marvel was looking to start up the Ultimate comic line, Bill Jemas was looking for suggestions on who should start-up the line:

In 1999 Bendis, Millar, Ennis and Morrison were unique voices in comics. They were Auteurs of the comic book set.

I don’t really see any a lot of that when it comes to DC’s relaunch.

I’ve gone on record before about not really ‘getting’ Geoff Johns. I think that probably has more to do with not connecting with the same comic book era. Johns only wants to write the heroes he grew up reading, which is understandable, but I feel that it’s a comic book creators duty to build rather than scale back.

Every single character revamp that’s come out so far has seemed really…90s. That’s really the only way to describe it. I don’t have much attachment to most DC Characters outside of Batman and late additions like The New Gods (and cast offs) – but a lot of the choices DC seems to be making kind of harkens towards being ‘what people think kids think is cool’ rather than good and genuinely exciting ideas.

I think if DC really wanted to make a big splash, they’d have looked at more writers like Cullen Bunn, Kathryn Immonen, Matt Kindt or Nathan Edmondson whose ‘Who is Jake Ellis?’ is currently one of the most interesting high concept books on the market. It’s great that he’s writing Grifter, but I’d much rather have his voice on Detective rather than Tony Daniels’ who seems content to retread minor plot points from better stories – which of course kind of seems like DC’s MO for the last few years anyway.

On other DC is missing the point news: the new Catwoman solicit is arguably one of the worst things I’ve ever read.

[quote]Meet Catwoman. She’s addicted to the night. Addicted to shiny objects. Addicted to Batman. Most of all, Catwoman is addicted to danger. She can’t help herself, and the truth is – she doesn’t want to. She’s good at being bad, and very bad at being good.[/quote]

It reeks of sexism and completely misses the point on the character. If you haven’t read Darwyn Cooke/Ed Brubaker/Cameron Stewart’s revamp on Catwoman a few years back, you’re doing yourself a severe injustice. It’s not only one of the best crime series ever written, it also made Selina Kyle the most interesting female character in the DCU.  Editor’s note: unfortunately they’re all out of print.  For shame DC.

The solicit sounds like a bad caption on a 1950s B-Movie than anything representative of the character growth she experienced during that time. Is it too late for Winnick and Joshua Hale Fialkov to do a switcheroo? Hell, Cameron Stewart has proved his writing chops and definitely has an affinity for the character – why not bring him on? 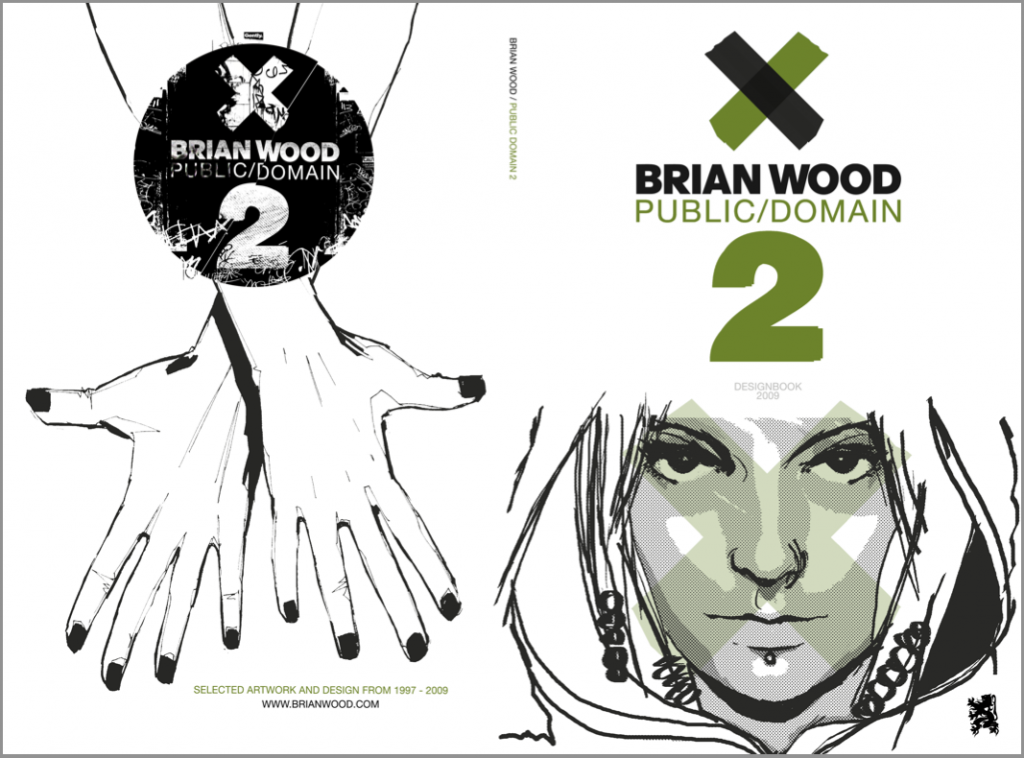 And finally…to end on some good news. Brian Wood, writer of such amazing series as Northlanders, The Tourist and DMZ has put up  a free download of the entire 132-page Public Domain 2 artbook.  It’s about 115 megs, nicely high res, and has beautiful art – especially for those of you who, like me, like drawings of architecture.