It’s been a pretty good few years for the Fantastic Four/Future Foundation (no matter what Eddie Campbell says). After being largely neglected by the comics community at large – probably since the Waid/Wieringo era – it seems like the books has a renewed interest thanks largely in part to Jonathan Hickman’s pseudo-Grant Morrison* look at the franchise. It also helps that they killed off a major character in a black poly bagged issue that managed to come out on a slow news week.

The Fantastic Four is probably one of the best concepts that Lee/Kirby came up with. They may not be the every man like Spidey, but they’re the perfect way to explore the Marvel universe at large. Something that Hickman seems to get since he’s constantly giving us a fresh look on old concepts while building a new playground for other Marvel writers to play in. (Which for me was the main point of the FF back in the day: create something by tossing stuff out there, if it works, it’s great, if it doesn’t – well, whatever you’ve always got next issue.) 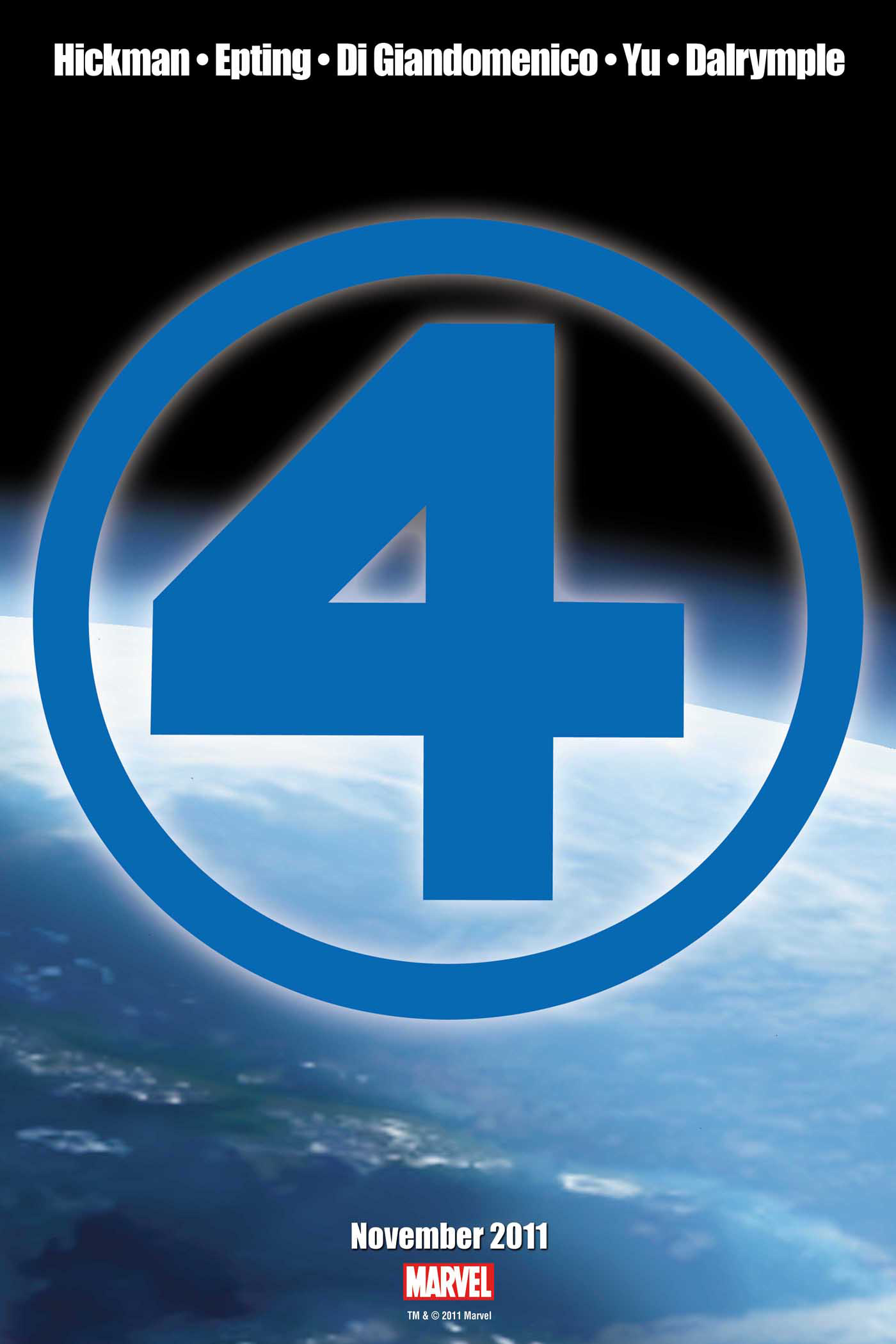 Any way, It’s Fantastic Four #1’s 50th Anniversary, and you know that Marvel isn’t going to let that go to waste as they recently released this image that features the instantly recognizable icon set against a photograph of planet Earth. The teaser was sent via email and with only the word “Four.” Could the late Human Torch be returning to the team? Will Marvel publish Fantastic Four#600?

What I’m really excited about is the very last name on that creative team.

Yup, that means Farel Dalrymple one of the most underrated artists currently working. (If you haven’t checked out his tumblr, do so now.) Hickman’s always been good about getting amazing artists to work with and this is just another notch on his belt. Hopefully this will give Mr. Dalrymple some more exposure so that we can continue to get more amazing original projects out of his green lighted. (read Pop Gun War if you haven’t.. it’s like nothing you’ve ever read.)

*Hopefully this doesn’t come off as a back handed compliment. Hickman’s a great writer, but he’s using the Morrison-esque ‘toss a whole lot of concepts at the wall and tie them together into a labyrinthian plot that just may take years to solve. (see: Batman, New X-Men, all great runs in their own right.)